"Hope you have the best year ahead," wrote Sara Ali Khan 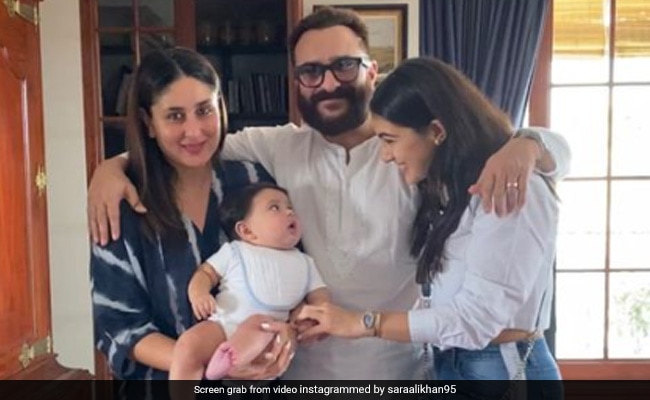 On Kareena Kapoor's 42nd birthday, her friends, family and fans poured their love out in the form of social media posts. Saif Ali Khan's daughter Sara shared the sweetest greeting for Kareena on her birthday. She posted a picture of herself with dad Saif Ali Khan, brother Jeh and Kareena and she wrote: "Happiest Birthday Kareena Kapoor. Wishing you all the love, luck, laughter, happiness and cake today. Hope you have the best year ahead." Reacting to Sara's birthday greeting, Kareena Kapoor dropped heart emojis when she shared it on her Instagram stories later. 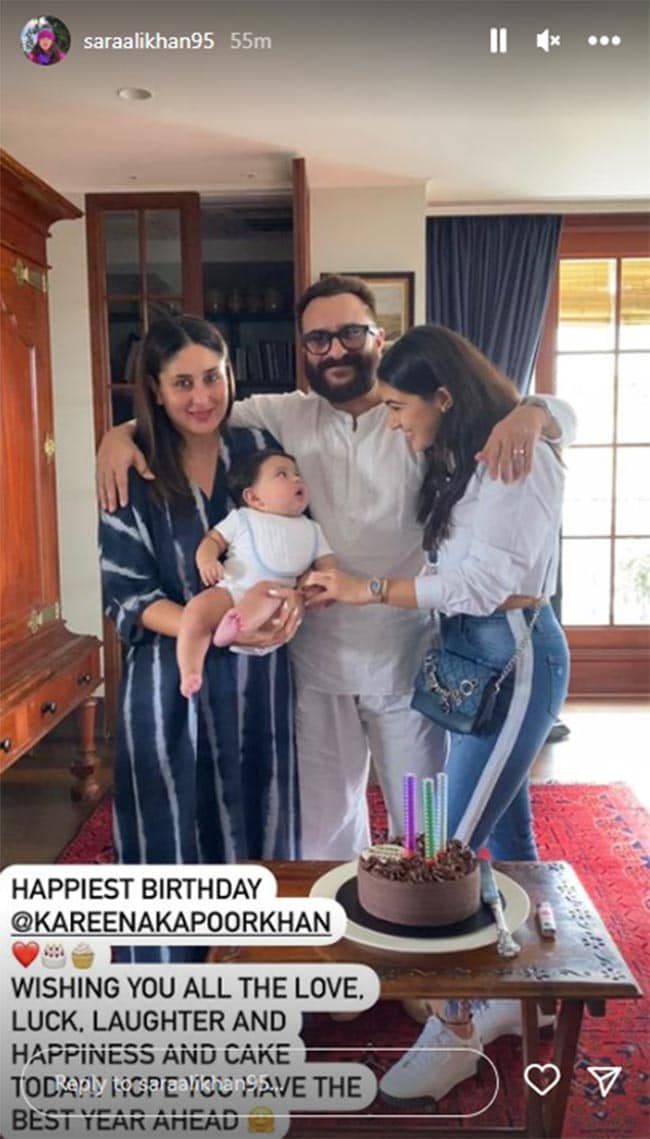 Sara Ali Khan is a huge self-confessed Kareena Kapoor fan. During her appearance on Koffee With Karan 7, Kareena recalled when Sara had a huge fan girl moment and she said, "I remember at the K3G trials, she was hiding behind her mum (Amrita Singh). Amrita was like Sara wants a picture because she's such a big fan. She loved Poo in K3G and You are my soniya so much. But I don't understand why people discuss so much. We are a family and like Aamir (Aamir Khan) said if there is love and regard, this is it. They are Saif's children, they are his priority. Sometimes we're all together, and it's great."