"I remember at the K3G trials, she was hiding behind her mum," recalled Kareena 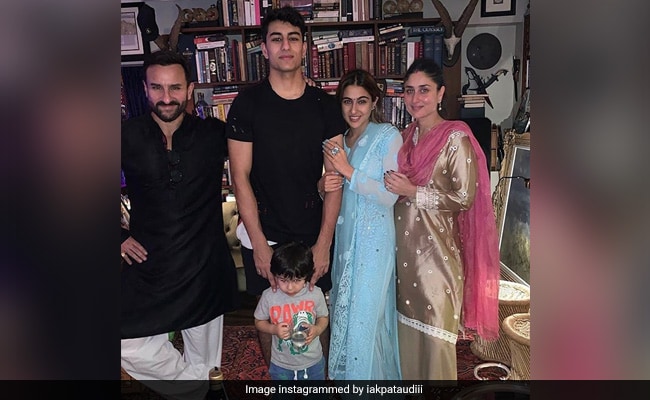 The new episode of Koffee With Karan 7, featuring Kareena Kapoor and Aamir Khan, was unconventional in a lot of ways. Less cheese and more conversations (IYKYK). The stars talked about their upcoming film Laal Singh Chaddha, about their family dynamics and more. Kareena Kapoor, opened up about her bond with husband Saif Ali Khan's kids Ibrahim and Sara Ali Khan. Karan Johar revealed that when Ibrahim was assisting him on the sets of Rocky Aur Rani Ki Prem Kahani, he took the phone from KJo to talk to Kareena Kapoor. Kareena too recalled an incident when Sara had a fangirl moment on K3G trials. "I remember at the K3G trials, she was hiding behind her mum," recalled Kareena. "Amrita was like Sara wants a picture because she's such a big fan. She loved Poo in K3G and You are my soniya so much. But I don't understand why people discuss so much. We are a family and like Aamir said if there is love and regard, this is it. They are Saif's children, they are his priority," said Kareena.

She added, "Sometimes we're all together, and it's great. Sometimes if he wants to have time alone, like a coffee or like an hour or two alone with Sara he'll always tell me. They've been on holidays together. I think it's important for them to bond. A friend just said they have everything, but they have just one father. And it's so important for Saif also to give time to each of his children. I don't know why it's a thought also. It's never crossed my mind the way people discuss it. It's not that difficult."