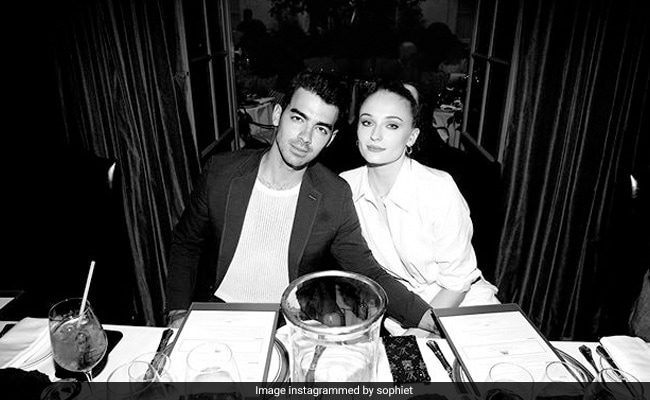 Actress Sophie Turner posted a stunning picture of herself along with her husband Joe Jonas on his 31st birthday. In the greyscale picture, the couple can be seen posing together for the camera. The caption on Sophie's post read: "Happy birthday to my love/bub/baby daddy." The couple reportedly welcomed a baby girl last month, a rep told People. "Sophie Turner and Joe Jonas are delighted to announce the birth of their baby," said the rep. TMZ reports that Sophie and Joe have named their daughter Willa. Check out Sophie Turner's post here:

Happy birthday to my love/bub/baby daddy

Sophie Turner is best-known for her role as Sansa Stark in the popular TV series Game Of Thrones. In terms of work, she was last seen in the film X Men: Dark Phoenix. Joe Jonas is a part of the popular band Jonas Brothers, which also includes his brothers Nick and Kevin Jonas. The Jonas Brothers returned to the music scenario in March last year with their comeback single Sucker, which ruled all the music charts.