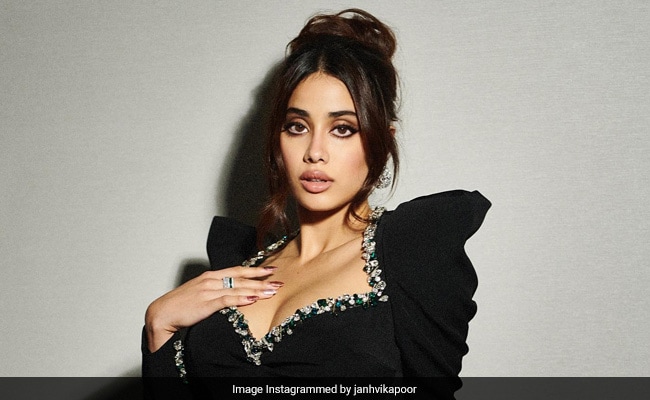 Janhvi Kapoor keeps updating her Insta family by sharing stunning pictures and hilarious videos. Speaking of which, the actress has treated her followers to new photos, and this time, she is in an all-black ensemble with a plunging neckline. In the caption, she wrote, "season's greetings!" Soon after she shared the post, her rumoured boyfriend, Orhan Awatramani, immediately dropped an adorable comment. He wrote, "Miss u (you)," followed by black heart emoticons. Her fans also flooded the comment section, a user wrote, "fire," while others dropped heart emoticons.

On Tuesday, Janhvi Kapoor dropped stunning pictures in a white ensemble and captioned it as "Walking into (Christmas tree emoticon) szn (season) like (angel emoticon). Soon after she shared the post, Orhan commented, "Walk over to my house." Janhvi's cousin Rhea Kapoor wrote, "Looking hot jaanu," followed by a heart emoticon. Check out the post below:

A few days ago, Janhvi Kapoor shared a picture from the sets of her next film Mr & Mrs Mahi, co-starring Rajkummar Rao. The image is from a practice session in which the actress can be seen in sportswear with a cricket bat in her hand. Sharing the post, she wrote, "It's been a minute #MrandMrsMahi."

Meanwhile, Janhvi Kapoor had a great year as both of her films, GoodLuck Jerry and Mili, were well received by the audience.  Next, the actress will be seen in Bawal with Varun Dhawan and Mr & Mrs Mahi with Rajkummar Rao. Both films will release next year, but makers are yet to announce the release dates.