Janhvi Kapoor posted pictures from her latest trip to New York, in which she shared glimpses of her dinner date with Khushi. 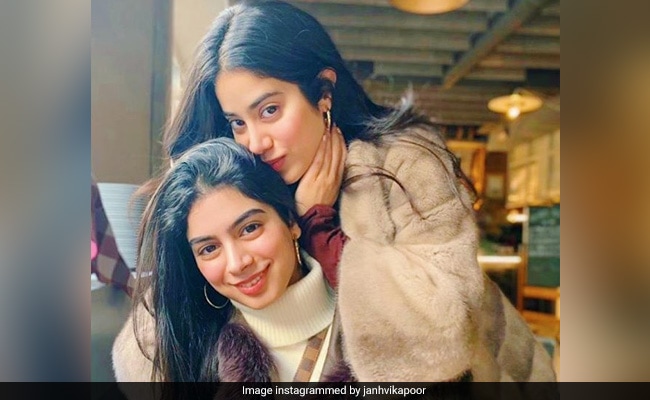 Janhvi Kapoor is shuttling between India and New York, where her sister Khushi is currently styling films, and she frequently posts pictures from her trip to the Big Apple, which fills her Instagram page with 'too much Khushi.' Janhvi Kapoor posted pictures from her latest trip, in which she shared glimpses of her dinner date with Khushi. Janhvi posted a boomerang video of Khushi on her Instagram Story and captioned it, "Too much Khushi." 'Aww-dorable,' isn't it? She also shared a picture of herself nibbling on fried food and her guilt-struck expression was caption enough.

Here's a glimpse of a day in the life of Janhvi Kapoor: 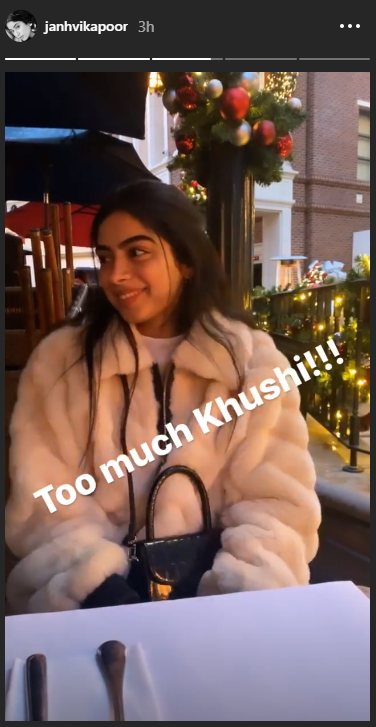 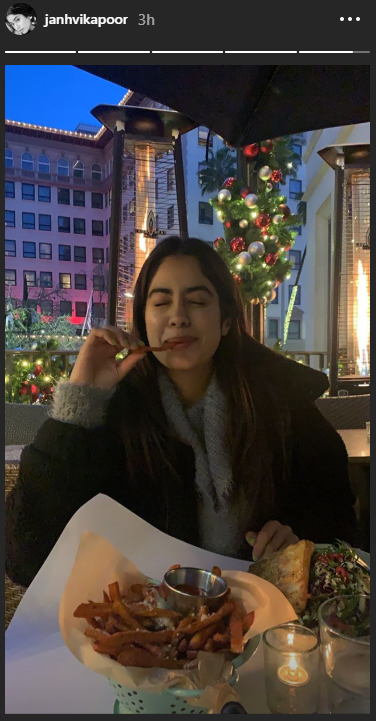 Recently, Janhvi Kapoor completed filming parts of her work-in-progress projects including Dostana 2, RoohiAfza and Ghost Stories to make time for her sister. Last, Janhvi took a few days off from her hectic work schedule to catch up with Khushi in September, weeks after she joined the New York Film Academy.

At that time, Janhvi told Hindustan Times that Khushi will chalk her career plans only after completing the course. "She is going to NYFA. Then after she comes back, she will figure what she wants to do," Janhvi had said.

Here are some pictures from Janhvi's previous New York visit:

Janhvi and Khushi are daughters of filmmaker Boney Kapoor and late actress Sridevi. Janhvi deuted in Bollywood with 2018 film Dhadak and she has a string of projects in the pipeline, including Gunjan Saxena: The Kargil Girl and Takht.