"Once upon a time with the birthday boy," wrote Twinkle Khanna 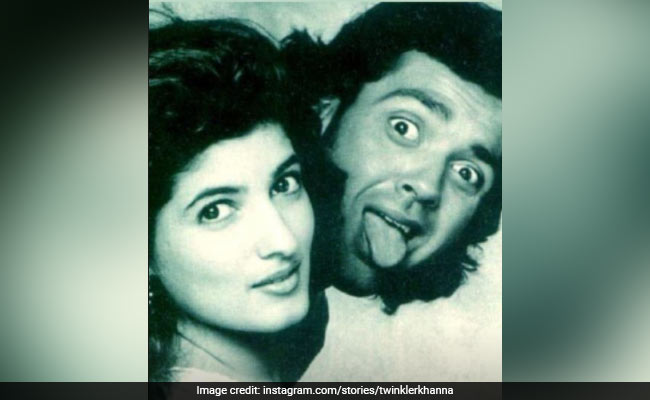 On Bobby Deol's 52nd birthday, the actor's friends and family members posted wishes for him on social media. One such wish arrived from author Twinkle Khanna, who co-starred with him in the 1995 film Barsaat. In the greyscale throwback picture, the duo can be seen posing together. We love Bobby Deol's goofy expression in the photograph. Twinkle did not reveal when or where the picture was taken but we simply love it. Twinkle Khanna, sharing the picture on her Instagram story on Wednesday, captioned it: "Once upon a time with the birthday boy." She accompanied the post with a heart emoji. 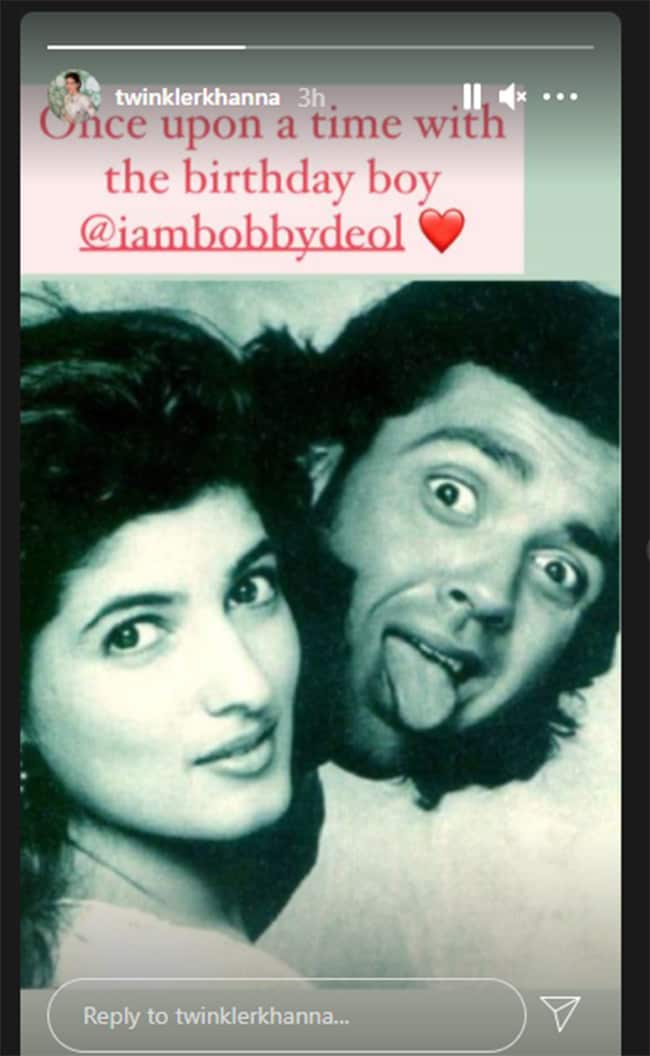 When the film Barsaat, which marked Twinkle Khanna and Bobby Deol's Bollywood debut, clocked 25 years last year, Twinkle Khanna shared a special post for the actor and she wrote: "I just saw the interview and then this tweet. Dude am all teary eyed. Nostalgia...Today our boys are as old as we were when we worked together. Love you loads."

I just saw the interview and then this tweet. Dude am all teary eyed. Nostalgia.. Today our boys are as old as we were when we worked together. Love you loads.

Twinkle Khanna quit acting and became a best-selling author. Her husband Akshay Kumar has starred with Bobby Deol in several projects such as Ajnabee, Thank You and Housefull 4 among others. Both the actors are friends and are frequently spotted together.

Bobby Deol  has starred in films like Soldier, Badal, Gupt, Race 3, Jhoom Barabar Jhoomand Ab Tumhare Hawale Watan Saathiyo, among others. The actor had two OTT releases back-to-back, last year. He starred in Class Of 83 (which released on streaming giant Netflix) and his web-series Aashram (streaming on MX Player). He will next be seen in Apne 2, alongside Dharmendra and Sunny Deol. He will also feature in Animal with Ranbir Kapoor.