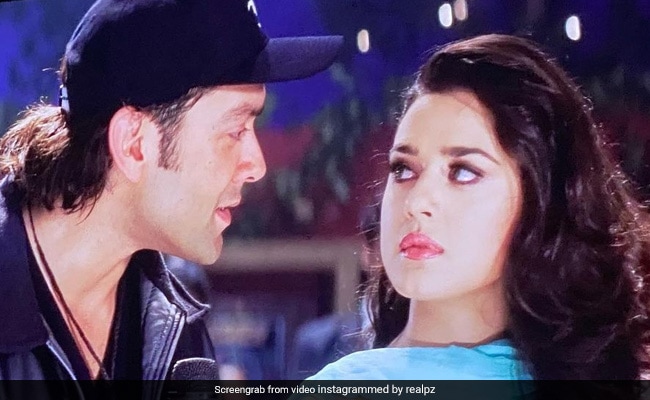 Preity Zinta is one celeb who never forgets to wish her friends on birthdays. Hence, it wasn't surprising when she posted a Soldier-themed birthday wish for Bobby Deol on Wednesday. Preity also shared some ROFL trivia about how Bobby Deol teased her during the filming of Soldier - he had apparently managed to rename Preity Zinta as Pritam Singh, which is a slight deviation of the character she played in Soldier - Preeti Singh. LOL. "Happy Birthday, my darling Bobby D," is how Preity began her post and also wrote about the time she doubled up as Bobby Deol's personal shopping assistant in New Zealand.

"I remember us shopping for your wardrobe for this shoot in New Zealand and how I felt like your personal assistant instead of your co-star. I still haven't forgiven you for renaming me Pritam Singh and making everyone believe it's my real name but that doesn't change the fact that I love you the mostest and you looked amazing in this shoot. Wish you too much happiness, success and love today, tomorrow and every day," wrote Preity Zinta, along with a clip of the song Kumar Sanu Hum Toh Dil Chaahe Tumhara, shot in New Zealand.

Soldier will always remain special for Preity, who often shares these memories from the film's shoot.