Athiya Shetty was launched by Salman Khan in 2015's Hero 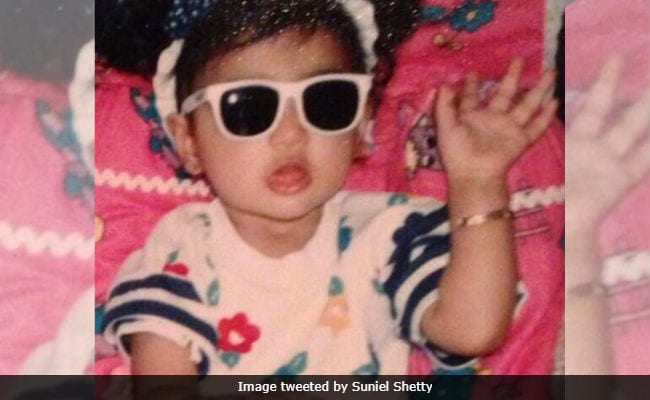 .@theathiyashetty Belived in love at first sight, the day you were born Tia! Wish you a veeerrryyy happy birthday baby! pic.twitter.com/vdpl19p4LG

Happy birthday darling @theathiyashetty -have a blessed one. Big hug & wishing you a fabulous year ahead. https://t.co/DMb4D9XOyQ

Three years ago on her birthday Athiya had signed her first film (Mubarakan, which released after her debut film Hero) but as of now Athiya has not announced her next film yet. Apart from films, Athiya has covered several issues of leading fashion magazines and walked the ramp for prestigious fashion brands.

Promoted
Listen to the latest songs, only on JioSaavn.com
Talking about the advantages and disadvantages of belonging to a Bollywood family, Athiya earlier told news agency IANS: "We get the first opportunity easily, but we are in a profession where without talent and most importantly without audiences' appreciation, our career cannot last long." She added: "I get a lot of love and appreciation from the elders of the film industry as well as from the media fraternity by default because of the goodwill that my father has earned. People waited for my debut. But at the same time, the biggest disadvantage of a star child is facing criticism of nepotism."