To Big B and Jaya Bachchan, an anniversary wish from Navya Naveli Nanda 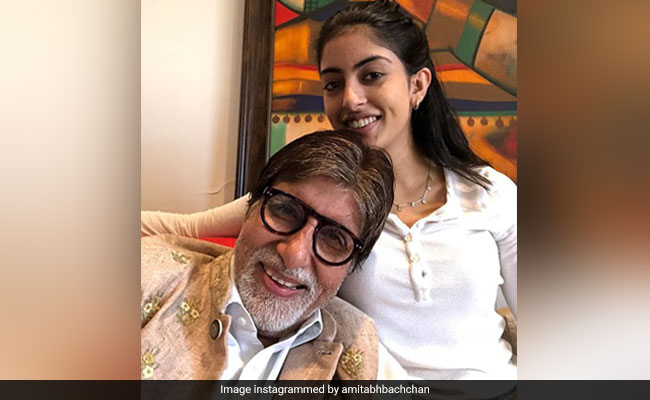 Navya Naveli Nanda, who is in New York, did not miss out on dedicating a heart-warming wish to her grandparents on their anniversary. June 3 marked Amitabh Bachchan and Jaya Bachchan's 48th wedding anniversary and hence called for a special wish from their granddaughter Navya. She flipped through the pages of the Bachchans' family albums and zeroed in on the perfect loved-up photo of Big B and Jaya Bachchan from their younger days. On her Instagram story, Navya shared the black and white throwback of her grandparents and wished them in simple words.

"Happy anniversary," she wrote and attached a red heart.

Meanwhile, Amitabh Bachchan wished wife Jaya on their 48th wedding anniversary with priceless moments from their wedding. He also thanked his fans for showering them with anniversary wishes.

Amitabh got married to Jaya Bachchan, his co-star of several films, on June 3, 1973. In the past, Mr Bachchan had opened up about his chat mangni pat vyaah with wife Jaya in social media posts and it's an interesting story indeed. Mr Bachchan and Jaya decided to get married around the same time his 1973 film Zanjeer released. After the success of Zanjeer, Big B planned a trip to London to celebrate the film's success. But his father Harivansh Rai Bachchan gave the mandate that Big B can only take Jaya if they are married by then. Amitabh Bachchan said that's how he had a "next day" wedding. Big B had also said that their wedding ceremony was completed just in time for their flight to London.

Karisma And Kareena Kapoor Are "Shooting Something Exciting." Excited Much?