On 7 Years Of Kick, Jacqueline Fernandez Shares A BTS Pic With Salman Khan From Set

The film, directed and produced by Sajid Nadiadwala, released on July 25 in 2014 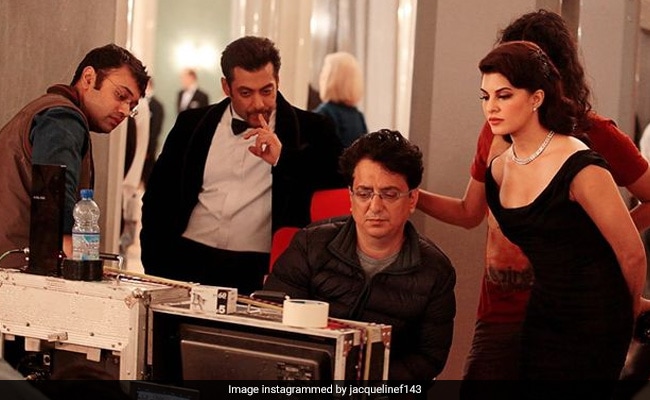 Salman Khan and Jacqueline Fernandez's blockbuster Kick clocked 7 years on Sunday. The film, directed and produced by Sajid Nadiadwala, released on July 25 in 2014. It also starred Nawazuddin Siddiqui and Randeep Hooda in pivotal roles. Sharing a BTS picture of herself, Salman Khan and Sajid Nadiadwala from the sets of their film, Jacqueline Fernandez wrote: "Team Kick" with two red heart icons. Salman Khan and Jacqueline will reunite for Kick sequel but more on that later. In the photo, the actress looks gorgeous in a black dress while Salman looks dashing as usual in a tuxedo. Check out her post here:

Jacqueline Fernandez has also worked together with Salman Khan in his 2018 film Race 3. About Kick 2, the full cast of the film has not been revealed yet by the makers, who are yet to announce the official release date.

Kick was the Hindi remake of the Telugu film of the same name.