To Birthday Girl Jacqueline Fernandez, With Love From Salman Khan

"Happy birthday Jacky...Wish you all the happiness," wrote Salman Khan 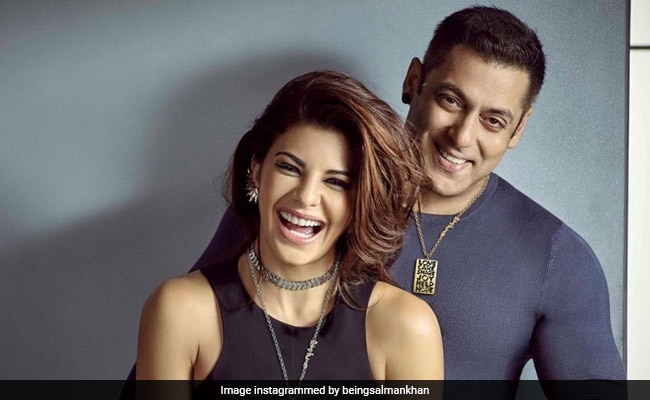 Happy birthday, Jacqueline Fernandez. The actress turned 35 on Tuesday and to make her day extra special, her Kick co-star Salman Khan shared an adorable birthday post for her on social media. Salman Khan and Jacqueline have worked together in several projects and they will again reunite for Kick 2 but more on that later. To wish Jacqueline Fernandez, Salman shared a photograph of himself and the actress laughing with all their heart and wrote: "Happy birthday Jacky...Wish you all the happiness." The actress looks gorgeous in a black outfit while Salman can be seen sporting a blue t-shirt in the picture.

Here's how Salman Khan wished Jacqueline Fernandez on her birthday:

On Jacqueline Fernandez's birthday, filmmaker Sajid Nadiadwala announced Kick 2 as a birthday gift for the actress. Sajid's wife Warda shared the news on social media like this: "Here's your birthday gift that will be remembered forever! Jacqueline Fernandez, overjoyed to formally announce that Sajid Nadiadwala locked the script at 4 am this morning and has written an exceptional role for you! Whoo-hooo!! Happy birthday! Salman Khan's Kick 2 rolling soon! Welcome Back!"

Here's your BIRTHDAY GIFT that will be remembered Forever! @jacquelinef143 overjoyed to FORMALLY announce that #SajidNadiadwala locked the script at 4am this morning & has written an exceptional role for you !! Whoo-hooo !! Happy Birthday! @beingsalmankhan 's #Kick2 rolling soon! Welcome Back! @nadiadwalagrandson #Kick #Kick2

Jacqueline Fernandez was living with Salman Khan at his Panvel farmhouse during the nationwide lockdown earlier. The duo even shot a music video during that period titled Tere Bina. Salman and Jacqueline have also worked together in the 2018 film Race 3. The actress was also a part of Salman Khan's Dabangg Reloaded Tour.

In terms of work, Salman Khan also has Radhe: Your Most Wanted Bhai lined-up.