Om Puri, A Cinematic Legend: Flashback Of His Best Roles 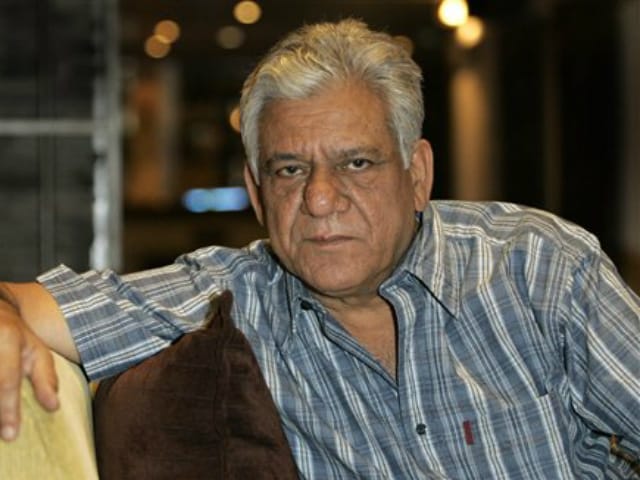 Om Puri is also the star of films like Mirch Masala and Dharavi (Image courtesy: AP)

New Delhi: Veteran actor Om Puri, star of cult movies like Ardha Satya, Aaksrosh and Jaane Bhi Do Yaaron, died of heart attack in Mumbai. Om Puri was 66. There is massive mourning on social media with condolences pouring in from his industry colleagues like Shah Rukh Khan, Anupam Kher, Karan Johar, Madhur Bhandarkar and Shoojit Sarkar. Shah Rukh Khan, who co-starred with Om Puri in 2006's Don, remembered him fondly. "Gods garden must be beautiful, he always takes the best. Will miss your laughter over the shared brandy in Berlin. Will miss you lots," he tweeted. Actress Priyanka Chopra tweeted: "The end of an era .... The legacy lives on... Rest in peace Om Puri." Om Puri was honoured with the Padma Shri, the fourth highest civilian award of India, for his contribution to cinema in 1990. Om Puri also won the National Award for Best Actor for 1982 film Ardha Satya. Bollywood apart, Om Puri's resume includes films ranging from mainstream to art movies, including Hollywood, British and Pakistani films.

Here's a look at Om Puri's most celebrated roles: 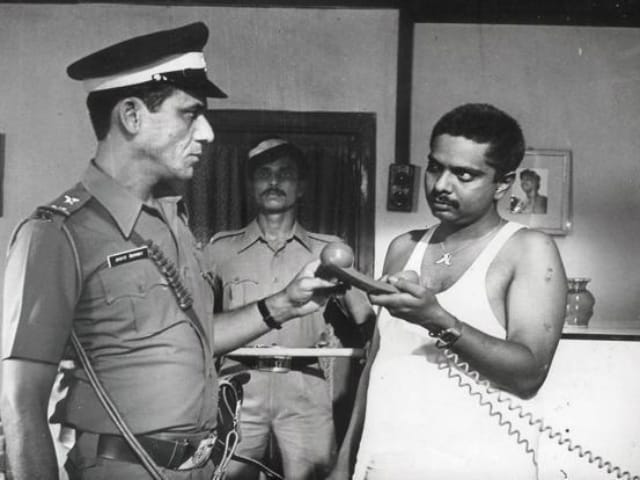 Om Puri in a still from Ardha Satya

Om Puri featured as a cop in 1982's Ardha Satya - the cop-drama which continues to be a landmark film in Bollywood. Om Puri's character in the film starred him as a rebel of sorts who questioned the twisted ways of societal norms and put up a strong battle against social evil. It won his the Best Actor National Award in 1983. 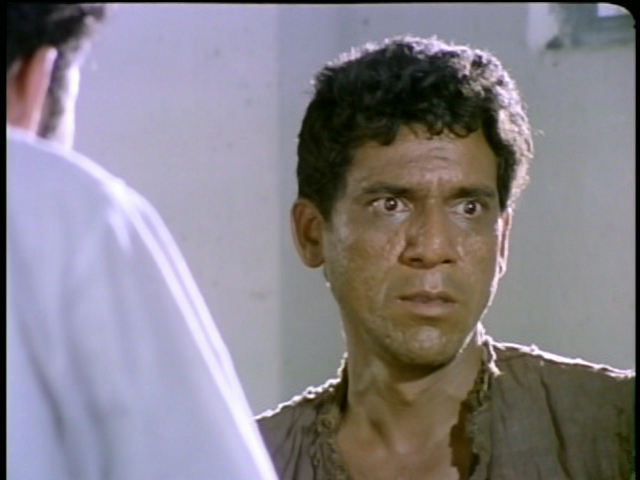 Om Puri in a still from Aakrosh

Before that, Om Puri starred in angst-drama Aakrosh in 1980. Aakrosh was written by Marathi playwright Vijay Tendulkar. Om Puri featured as helpless farmer Lahanya Bhiku, who is portrayed as the hapless victim of oppression instigated by the judicial system. Smita Patil played Om Puri's wife, who died by the end of the movie. Most of Om Puri's dialogues were only during flashbacks in the film. Aakrosh received the Golden Peacock Award for the Best Film at the International Film Festival of India. 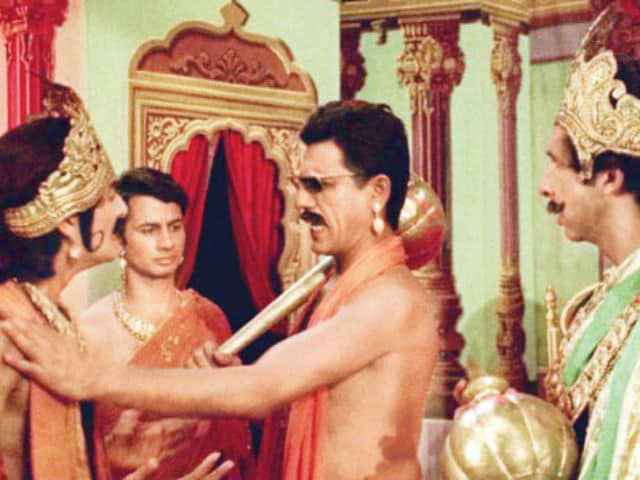 Om Puri in a still from Jaane Bhi Do Yaaron

Om Puri co-starred with Naseeruddin Shah, Ravi Baswani, Pankaj Kapur, Satish Shah, Satish Kaushik, Bhakti Barve and Neena Gupta in 1983's Jaane Bhi Do Yaaron. The comedy was shaped up as a social satire with Om Puri playing the role of a corrupt property builder. Jaane Bhi Do Yaaron highlighted the corruption and hypocrisy in Indian politics and bureaucracy. 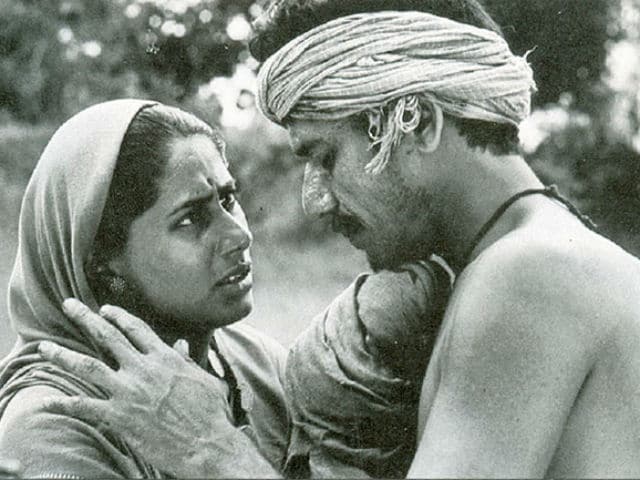 Om Puri in a still Sadgati

Om Puri starred as Dukhi in Satyajit Ray's Sadgati which is the onscreen adaptation of Munshi Premchand's short story of the same name. Om Puri co-starred with Smita Patil again in the 1981 film, which is a portrayal of the rigid Indian caste system prevalent in the rural areas of the country. Sadgati was primarily made for TV but gained wide-spread popularity fast. 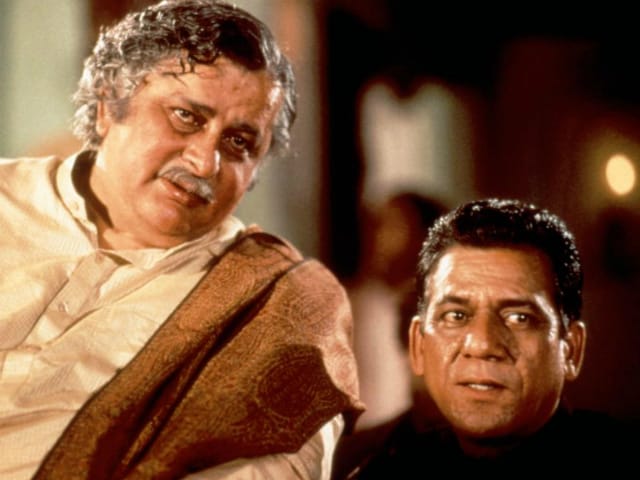 Om Puri in a still from In Custody

Om Puri's portrayal of a professor of Hindi in 1993's In Custody earned him widespread appreciation. In Custody is based on Anita Desai's novel of the same name, which was nominated for the Booker Prize in 1984. The film premiered at the Tokyo Film Festival and went on to win four National Film Awards in 1994. 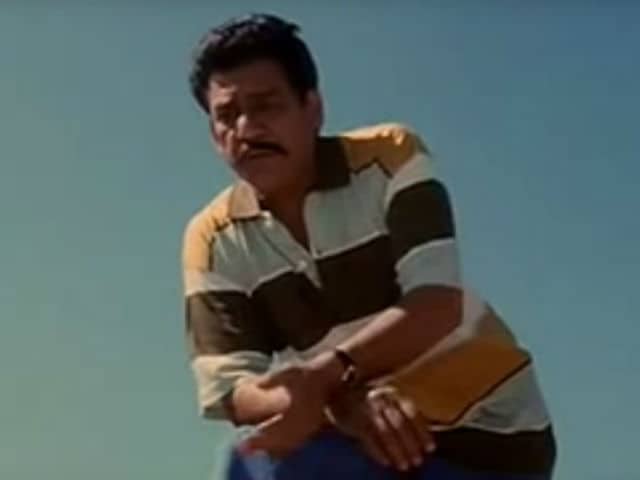 Om Puri in a still from Maachis

Maachis saw Om Puri bring alive the character of Sanathan, a chemistry professor who is now a leader of Sikh militants, embroiled in national war of sorts. Om Puri was recommended for the role by none other than Gulzar, who wrote and directed Maachis. Om Puri co-starred with Tabu, Chandrachur Singh and Jimmy Sheirgill in the 1996 film.

Promoted
Listen to the latest songs, only on JioSaavn.com
Om Puri is also celebrated for his cameo performance as Nahari in Oscar-winning film Gandhi. Directed by Richard Attenborough, Gandhi witnessed Om Puri for only about ninety seconds and the veteran actor confessed to having completed shooting for his part in just one night.

In the 'nineties, Om Puri shifted focus from Bollywood and art films to star in British projects like East Is East, (1999), My Son the Fanatic (1997) and 2001's The Parole Officer. His Hollywood films include The Ghost and the Darknessand Charlie Wilson's War, in which he co-starred with Julia Roberts and Tom Hanks. He also shared screen space with Helen Mirren in comedy drama The Hundred-Foot Journey. Om Puri has also made significant appearances in more recent Bollywood films like Singh Is Kinng, Hera Pheri and Malamaal Weekly. Om Puri voiced the character of Bagheera in the Hindi version of 2016's The Jungle Book.