After Om Puri's Death, Co-Stars Tweet 'You Left Us Too Early' 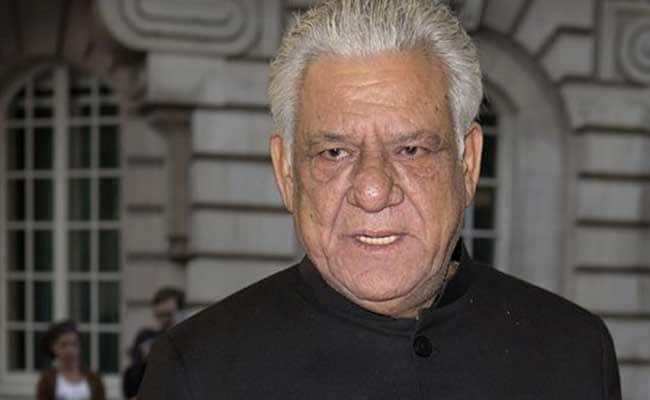 Mumbai: Om Puri, one of the most celebrated actors in India, died of a heart attack at his Mumbai home on Friday. He was 66.

PM Modi said he recalled the actor's long career in theatre and films.

The Prime Minister condoles the passing away of actor Om Puri & recalls his long career in theatre & films.

Om Puri debuted in 1976 and went on to star in a wide range of films in India as well as in the US and Britain. In 1990, he won the Padma Shri, which is among India's highest civilian awards. His iconic films include "Ardh Satya", "Aakrosh", "Maachis" and "Paar". He also achieved mainstream success with films as diverse as "Jaane Bhi Do Yaaro" and "Don 2".

Naseeruddin Shah, Anupam Kher and Shabana Azmi, who co-starred with Om Puri in several films, paid moving tribute on Twitter. Mr Kher was among the first to arrive after the actor died.

We have lost very brilliant and talented actor it's very big lost of our country and film industry rest and peace.@OmRajeshPuripic.twitter.com/3n0Kf4tmww

Seeing him lying on his bed looking so calm can’t believe that one of our greatest actors #OmPuri is no more. Deeply saddened & shocked.

I have known #OmPuri for d last 43yrs. For me he'll always b a great actor, a kind & generous man. And that is how world shud remember him.

Om Puri! You have left us all too early.. i am so so sorry..The fun the laughter the arguments so vividly etched in my mind..Will miss you

Others in the film industry who condoled the veteran actor were filmmakers Karan Johar, Madhur Bhandarkar and Shoojit Sircar.

Will miss you sir #OmPuripic.twitter.com/1kBLVFgwlf

RIP Om puri .. interactions with you were always full of life.. you were one of the finest artist we are proud of..

His more recent Hindi film roles included "Singh Is Kinng", "Mere Baap Pehle Aap" and "Billu". He was seen in the role of Mohammad Ali Kasuri in "Road to Sangam" (2009). In 2010, he appeared in The Hangman.

Promoted
Listen to the latest songs, only on JioSaavn.com
He was also known for his television work; notable among them are "Bharat Ek Khoj" and "Kakkaji Kahin".

In 2004, Om Puri was awarded an honorary OBE for his contribution to the British film industry.