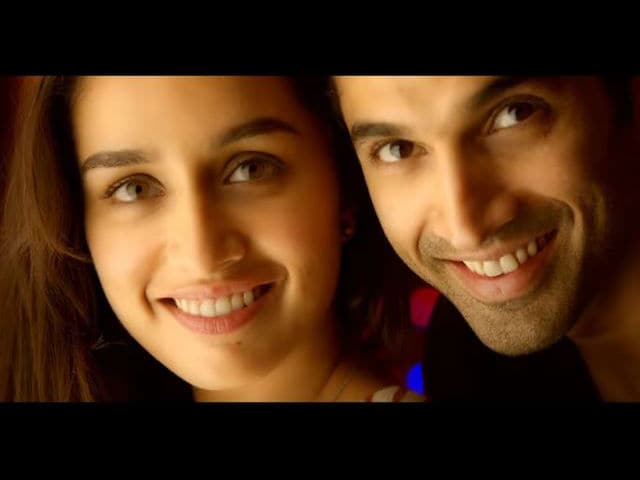 New Delhi: The trailer of new film OK Jaanu, starring Shraddha Kapoor and Aditya Roy Kapur, is out now. The Hindi remake of director Mani Ratnam's Tamil hit OK Kanmani tells the story of a young couple who are agreed on one thing - they don't want to get married. Both have big dreams - Shraddha's character Tara wants to study in Paris, Aditya's character Adi wants to be the next Mark Zuckerberg - and in the meantime, they decide to live together. For a while, life is everything they want it to be - but then, Paris comes calling and Adi and Tara discover that falling in love is rather hard on the knees.

Enter Naseeruddin Shah, who has the unenviable job of counselling them through the inevitable romantic distress. OK Jaanu ventures into mostly uncharted territory - only a handful of previous films, including Kangana Ranaut's Katti Batti, have explored live-in relationships - and at several points, director Shaad Ali appears to have been unable to escape Bollywood's habit of pontificating on morality: "Yeh jo hum kar rahe hain, yeh theek hain?" asks Tara of Adi after an intimate moment. But the trailer of OK Jaanu is made charming by its lead actors, who have previous experience of filmy aashiqui, having delivered one of 2013's big romantic hits together.


The trailer of OK Jaanu was heralded by the poster, tweeted last week:

Some Sunday lovin! #OkJaanu in the house!!!!! Aditya and Shraddha pic.twitter.com/r3wcpo8pIn

Promoted
Listen to the latest songs, only on JioSaavn.com
OK Jaanu's other credits are impressive - A R Rahman provides the soundtrack, Gulzar the dialogues and lyrics. Mani Ratnam, who directed the original movie, and Karan Johar produce.