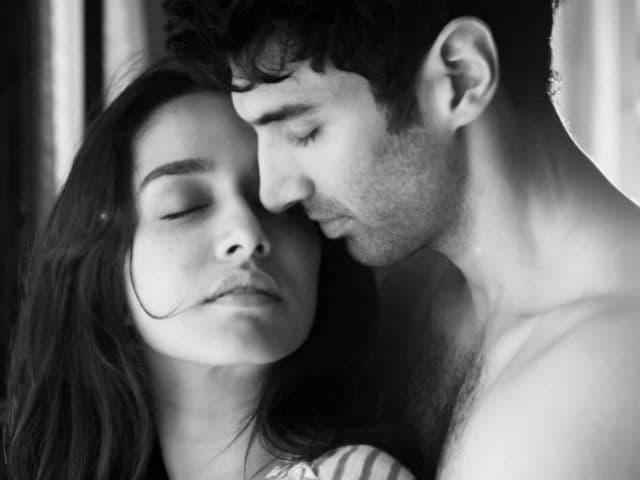 OK Jaanu is Shraddha and Aditya's second film together

New Delhi: Two weeks into 2017, the year's first major mainstream Bollywood film is about to release. The somewhat dubiously-titled OK Jaanu stars Shraddha Kapoor and Aditya Roy Kapur and comes with impeccable credentials. The film is a remake of Mani Ratnam's Tamil hit of 2015, O Kadhal Kanmani or OK Kanmani. Gulzar contributes the dialogues, A R Rahman composes and Karan Johar's Dharma Productions co-produces. Shraddha and Aditya, who had a major success together in 2013's Aashiqui 2, are cast in the roles originally played by South stars Dulquer Salmaan and Nithya Menen. Adi and Tara are a young couple who move in together in Mumbai, marking time until called up by their respective careers. OK Jaanu, like OK Kanmani, ponders on the theme of modern values vs traditional. Tara and Adi are headed, respectively, to Paris and USA but not for some time. So, while they are waiting to hear about their future, they live together in an apartment they rent from an older couple - Naseeruddin Shah and Leela Samson, who reprises her role from OK Kanmani. To Naseer's character falls the burden of counselling Adi and Tara when the inevitable happens - their no-strings-attached relationship must end when it's time to leave for foreign shores, or must it?

OK Jaanu's soundtrack has generated major interest in the film, particularly The Humma Song - A R Rahman re-used some of the music of OK Kanmani for the Hindi version and added two new ones. One of these is the remix of Humma Humma, Rahman's chartbuster from Mani Ratnam's 1995 film Bombay, which he has allowed rapper Badshah to rework into The Humma Song. The song itself has been given a mixed reception but the video, featuring Shraddha and Aditya dancing on a bed (like Manisha Koirala and Arvind Swamy in the original), has been a hit. Parandhu Sella Vaa, the OK Kanmani song that the remix replaces in OK Jaanu, also featured Dulquer Salmaan and Nithya Menen dancing on and around their bed.