Banita Sandhu said: "I was just waiting for the right film to come along after October." 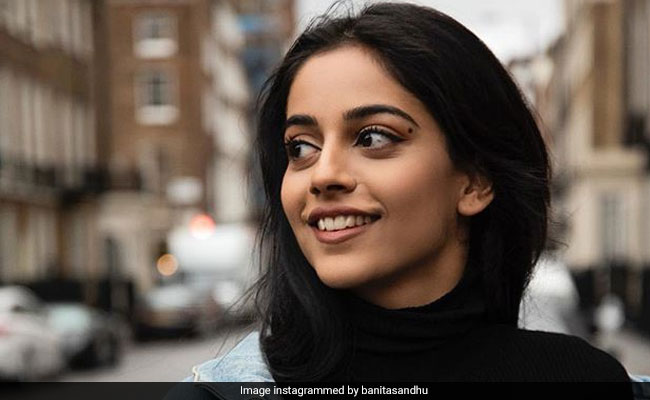 Banita Sandhu said she was waiting for the right project. (Image courtesy: Instagram)

October actress Banita Sandhu, who will be seen as the female lead in Varmaa - the Tamil remake of Telugu film Arjun Reddy - is looking forward to return to a film set. She says she was waiting for the right project to come her way. For a few days now, news reports of Britain-based actress Banita, who played Varun Dhawan's comatose soulmate in Shoojit Sircar's October, replacing the original female lead, Meghna, a model from Kolkata, in Varmaa was doing the rounds.

Banita confirmed she is indeed doing Varmaa. "Yes, I am doing Varmaa. And I am quite excited about it. After October, nothing really interesting was coming way. Until now," Banita said.

"I am waiting for the acting workshops to begin. The shooting date is yet to be finalised. But I am hoping it would begin in the next month or so."

She says she cannot wait to start shooting. "I was just waiting for the right film to come along after October. This (Varmaa) made perfect sense. I am super excited about getting back on a film set."

A shake-up in the cast and crew of Varmaa left the project with only the hero in place, Tamil cinema doyen Vikram's son Dhruv, whose launchpad Varmaa is meant to be.

However, the producers were so disappointed by what director Bala had achieved that they decided to scrap the entire film after it was complete, dismantle the entire cast and crew, except for Dhruv and remake the film from scratch.

(Except for the headline, this story has not been edited by NDTV staff and is published from a syndicated feed.)
Comments
banita sandu filmsarjun reddy remakeVarmaa