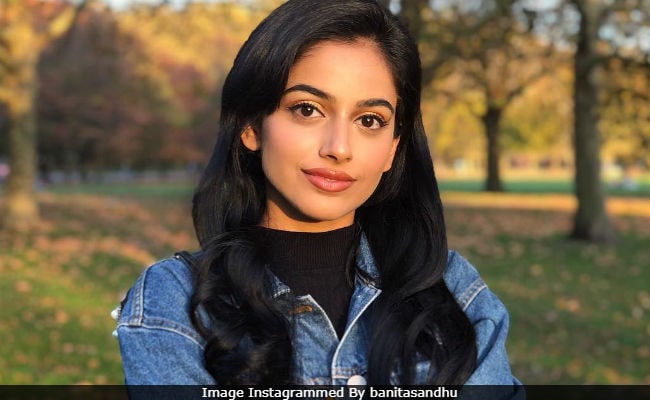 Actress Banita Sandhu, best-known for her role in 2018 film October, has been roped in to play the lead actress opposite Dhruv Vikram in Varmaa, the Tamil remake of Arjun Reddy, trade analyst Taran Adarsh reports. "Wooo, let's go," Banita posted while quoting Mr Adarsh's tweet. October, headlined by Varun Dhawan, was Banita's debut project while Varmaa is Dhruv Vikram's first film. He is actor Vikram's son. Varmaa featured in headlines last week when the makers announced that the already shot film will be made all over again as they were "not happy with the final cut" and said that new cast and crew would be announced shortly. However, Dhruv Vikram will be retained as the lead hero of the film.

"We at E4 Entertainment are not at all happy with the final version handed over to us and due to various creative and other differences, we have decided not to release this version. Instead we will start afresh, and shoot a new Tamil version of Arjun Reddy," read a statement, news agency IANS reported.

"Despite this unfortunate turn of events which has cost us heavily, our love for wanting to see this cult film in Tamil has not diminished in any way. We will therefore work tirelessly as a new united team towards a June 2019 release," the statement added. Now, Varmaa is expected to release in June 2019 instead of this month.

The official trailer of Varmaa released earlier in January and newcomer Megha Chowdhury can be seen playing Dhruv Vikram's love interest, which in the new version, will be portrayed by Banita Sandhu.

Arjun Reddy, the Telugu blockbuster, starred Vijay Devarakonda and Shalini Pandey in the lead. The Hindi remake of Arjun Reddy features Shahid Kapoor and Kiara Advani and is currently being shot.