Arjun Kapoor shared the photo along with a special note dedicated to Boney Kapoor. The words “raw” and “real” will best describe Arjun Kapoor's persona, both on-screen and off-screen. Even on social media, the actor is no different. A case in point is a lovely throwback photo that Arjun Kapoor shared on Instagram on the occasion of his father Boney Kapoor's birthday. In the image, a very young Arjun Kapoor is seen sitting at his father's feet, with his sister Anshula Kapoor sitting in the front. The lovely throwback photo of the siblings as children along with their father is attached to an equally sweet caption. On Boney Kapoor's special day, Arjun Kapoor chose to pour his heart out on the social media platform.

In the caption, Arjun Kapoor wrote, “Being selfless isn't something one can be taught it's an inbuilt machinery that exists among very few people, I happen to be the son of one of those people…” He added, “I have seen and heard stories of dad going out of his way to help find solutions for others and forgetting to help himself and fulfilling his needs before all that...It's not easy being selfless and surviving...Happy Birthday to a man who has not only survived but lived like a King through it all...Love you, Dad.”

Arjun Kapoor's sister, Anshula Kapoor too wished her father on the occasion with a happy post. Sharing an image in which Boney Kapoor is kissing her on the cheek, Anshula wrote, “Happy Birthday, Dad,” and added that the image was clicked by Janhvi Kapoor.

So what did Janhvi Kapoor post on the special day? Sharing images from a dinner in which she was accompanied by her sister Khushi Kapoor and Boney Kapoor's brother Sanjay Kapoor, Janhvi said, “Happy birthday, Father. To the best man in the world.” Teasing her father, she shared a second picture of Khushi giving him a peck on the forehead and wrote, “Even when you give her more attention.” 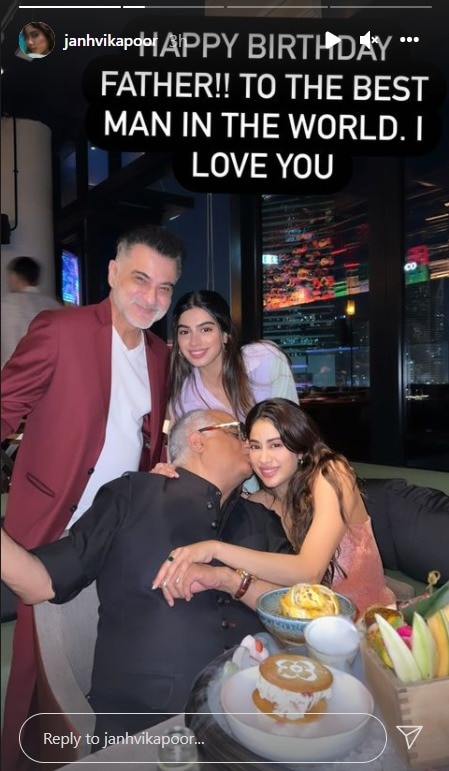 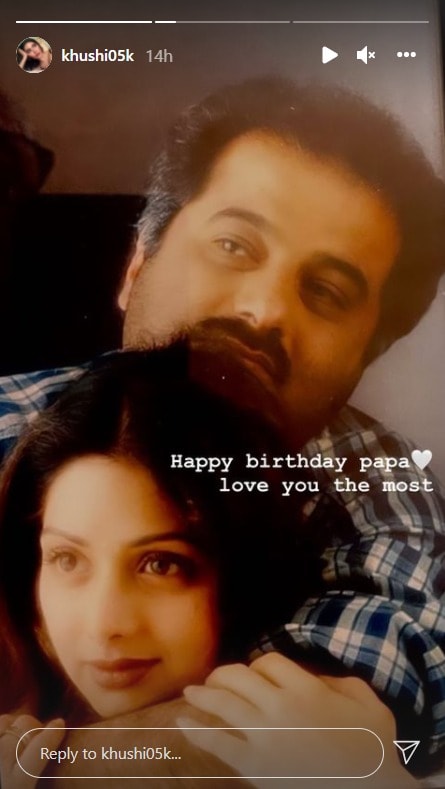