National Award-winning actress Sudipta Chakraborty has been offered the role of Ranu Mondal in a proposed biopic on the singer. 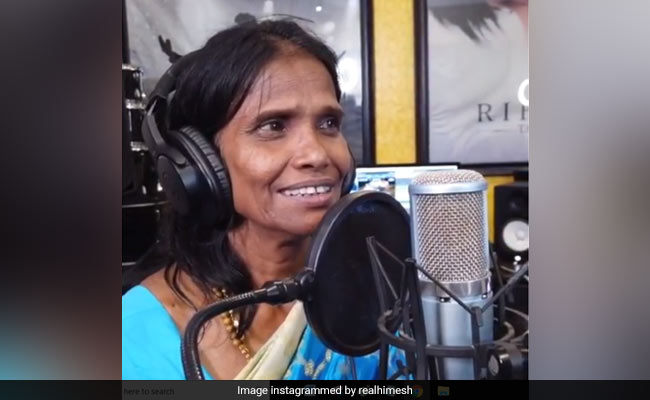 Internet sensation Ranu Mondal's story may soon be made into a film, as per an IANS report. Independent filmmaker Hrishikesh Mondal confirmed he approached National Award-winning Bengali actress Sudipta Chakraborty for the role of Ranu Mondal in the film, tentatively titled Platform Singer Ranu Mondal, reported IANS. "Sudipta Chakraborty has been approached for the role but she is yet to give her nod. I think if anyone can pull off the character with perfection, it is Sudipta di. She is a brilliant actress," said Hrishikesh. Sudipta Chakraborty also added that she will decide about playing the character after reading the script. "I have been offered the film. However, I am yet to receive a script. I will decide if I want to play the character only after reading the script."

Ranu Mondal became an overnight celebrity after a video of her singing Lata Mangeskar's Ek Pyaar Ka Nagma Hai at Ranaghat railway station went viral on social media. After the video circulated on social media like wildfire, music composer Himesh Reshammiya invited Ranu Mondal to the realty show Superstar Singer and he also recorded two songs with her in his upcoming film Happy Hardy and Heer.

Hrishikesh Mondal, who met Ranu Mondal for research for his film, told IANS that people are curious to know more about her story. "People are curious to know about Ranu Mondal's life. She became a singing sensation overnight thanks to social media, so people are very interested to know more about her... From what I have gathered after meeting and talking to her several times, she comes from an educated family, she loves music and has been singing right from her childhood. She is a simple and sweet person, and emotional by nature," he said.

"Ranu di asked me not to show anything in the movie about her life that would hurt her. Apart from that, she has been very cooperative regarding the biopic and has helped me with a lot of information and anecdotes from her life. She is a believer in God and is a very helpful person. She has been very nice and kind to me. I have also spoken to her daughter while writing the script," Hrishikesh Mondal added.

Hrishikesh Mondal, who aims to begin filming by the end of October, said that parts of the movie will be shot in Ranu Mondal's hometown Ranaghat, while a few scenes will be shot in Mumbai, apart from a Kolkata studio.