Nothing To See Here. Just A Pic Of Taapsee Pannu From Her Hike

"The glow of hiking," wrote Taapsee 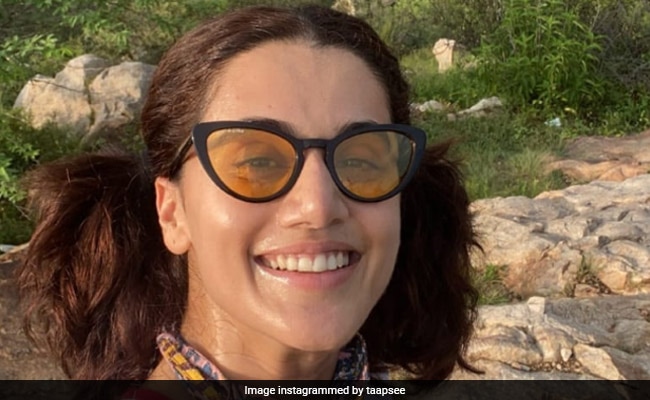 Taapsee Pannu went on a hike on Wednesday and she shared a glimpse of the trip on her Instagram story. The actress posted a photo of herself sporting a white t-shirt, a pair of yellow shades and two ponytails. She can be seen standing on rocks in the picture. Needless to say, her no make-up look left her fans in awe. We also loved the mesmerising view in Taapsee's photo. Like her post, her caption also stole the spotlight on the Internet. In case you are wondering how she captioned her post, here's what she wrote: "The glow of hiking." Check it out: 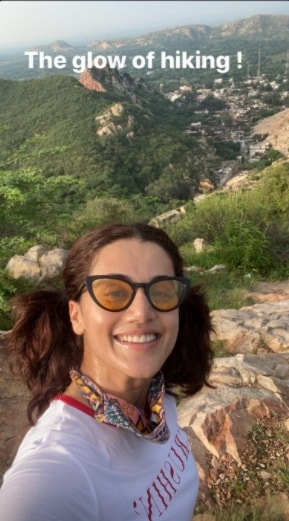 Post the lockdown break, Taapsee will start the shooting of her upcoming film Rashmi Rocket. The shooting will start in November this year. "Getting back on track, one lap at a time! #RashmiRocket to start shooting this November," wrote the actress while sharing an update about the film.

Getting back on track, one lap at a time! #RashmiRocket to start shooting this November. #FridaysWithRSVP