Not Cricket, This Sport Is Keeping Ranveer Singh Busy In London Ranveer Singh, who is in London these days (going by the actor's recent Instagram posts) for the shooting of his forthcoming film'83, has been actively sharing pictures from the city on his Instagram profile. The 34-year-old actor managed to scoop some time from his busy schedule and watched the Arsenal vs Tottenham Hotspur Premier League match over the weekend. Ranveer, who happens to be a big Arsenal fan, shared a pictured from the Emirates stadium and he captioned it: "Pitchside at the magnificent Emirates Stadium."

The "Padmaavat" actor also posted selfies with Hollywood actor Will Ferrell, who is best-known for his performances in films like Step Brother and Anchorman: The Legend Of Ron Burgundy. Ranveer captioned the picture: "Will Ferrell and the Indian Ron Burgundy." 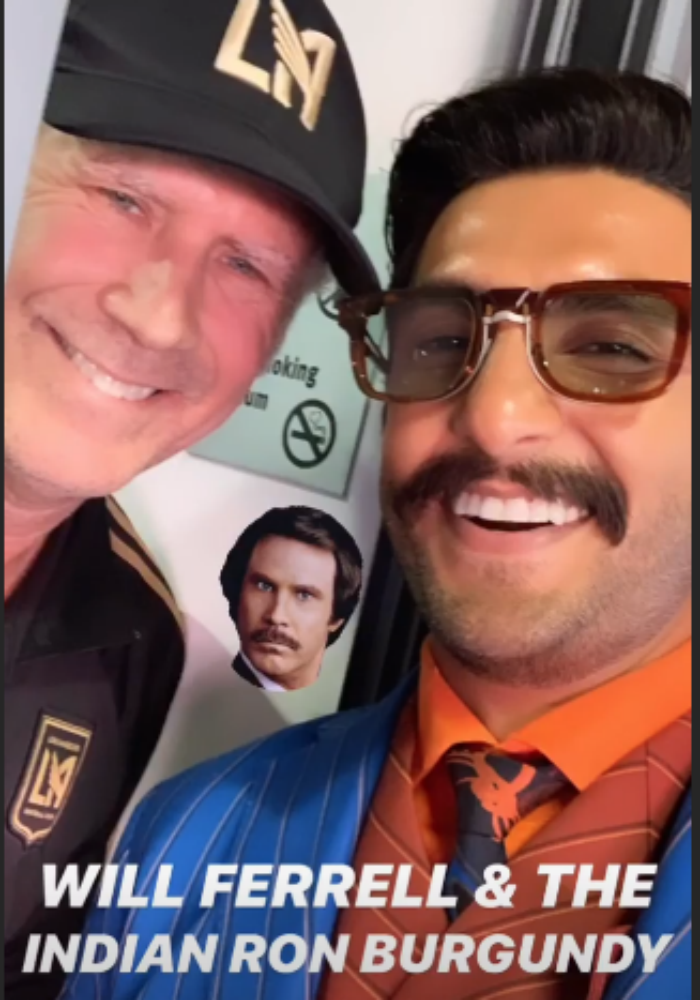 That's not it, the actor shared a selfie with Arsenal star Ray Parlour and he wrote: "Esteemed company... Legend." 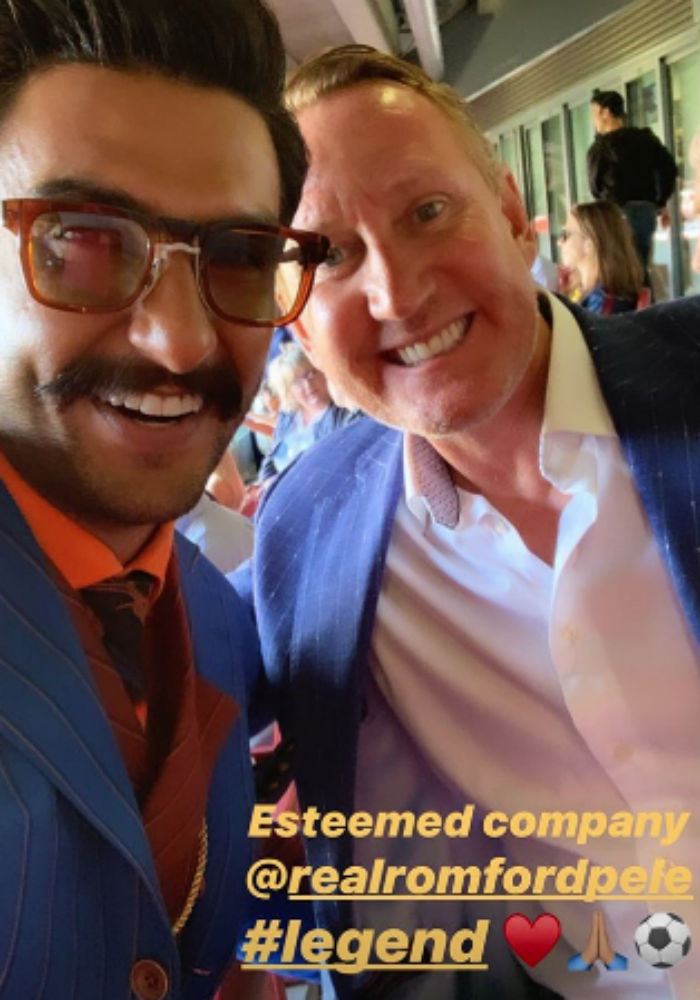 Ranveer Singh will be seen playing the role of Kapil Dev in Kabir Khan's '83, a film that will showcase the story of India's iconic win at the 1983 Cricket World Cup. The film will also feature Deepika Padukone, Boman Irani, Pankaj Tripathi, Saqib Saleem, Ammy Virk, Hardy Sandhu, Tahir Bhasin among other actors. The film is slated to release on April 10 next year.