"No Part Of Thugs Of Hindostan Has Been Reshot." Read Full YRF Statement

An excerpt of YRF statement reads, "No portions of our film Thugs Of Hindostan are being reshot. Neither with Katrina nor with anyone else." 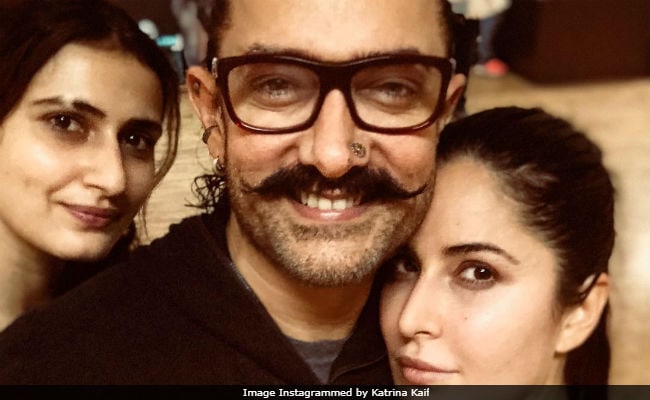 The report, which went viral prompted a frenzy of gossip and rumour that Aamir being 'Mr Perfectionist' may have wanted to see the outcome of the film to be as different as Dangal.

Last year, another reported published by mid-day read that Aditya Chopra was apparently 'not happy' about how the Vijay Krishna Acharya-directed film was shaping up. mid-day stated, "Aditya Chopra is keen that certain portions of the Aamir Khan, Amitabh Bachchan, Katrina Kaif and Fatima Sana Shaikh-starrer be reshot."

Katrina Kaif has been a part of several action films, including Dhoom 3 and Tiger Zinda Hai. Speaking about doing action sequences she told news agency IANS, "Yeah, it's scary but great fun. I've only done very feminine delicate roles so far. It is a new challenge for me. I guess that's what I'm looking for at this stage of my career."

Katrina Kaif, who has become extremely active on Instagram, kept us updated all this while with her preparation of the film, Thugs Of Hindostan. Be it her dance routines or rigorous workout sessions, her Instagram is filled with behind-the-scene posts.

@yasminkarachiwala innovating ways of using a resistance band @danielbauermakeupandhair doing one of the three things he usually does on set ... dancing working out or makeup

Thugs Of Hindostan is scheduled to release on Diwali 2018.

(With inputs from IANS)
Comments
Aamir khanthugs of hindostanKatrina Kaif