No, Akshay Kumar And Twinkle Khanna Will Not Judge Nach Baliye 8 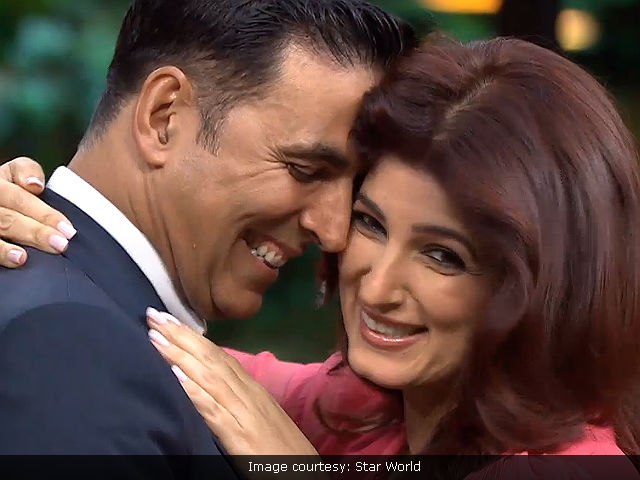 New Delhi: Akshay Kumar and Twinkle Khanna were reportedly approached to judge reality dance show Nach Baliye, in which celebrity couples make up the contestants' list. Nach Baliye 8 will roll out soon and DNA reports that Twinkle and Akshay turned down the offer to take up the judge's seat. "Since it is a couple's dance show, the makers thought it would be apt to have a celebrity couple on the jury. However, the duo declined because they are busy with other commitments," reported DNA. Akshay Kumar and Twinkle Khanna recently appeared on filmmaker Karan Johar's talk show Koffee With Karan and they rocked the show together.

Akshay Kumar has previously hosted television shows like Seven Deadly Arts with Akshay Kumar, Fear Factor: Khatron Ke Khiladi and MasterChef India season 1. He was also the host for dance show Dare 2 Dance in 2014. Meanwhile, Twinkle Khanna quit acting after 2001 film Love Ke Liye Kuch Bhi KaregaMrs FunnyBones (a compilation of her articles) and The Legend Of Lakshmi Prasad, which is a collection of short stories.

Promoted
Listen to the latest songs, only on JioSaavn.com
Akshay Kumar was recently seen in courtroom drama Jolly LLB 2. The film which released last Friday has collected above Rs 97 crore in 11 days. This year he will also be seen in Toilet: Ek Prem Katha co-starring Bhoomi Pednekar and Shankar's 2.0 in which he plays antagonist opposite Rajinikanth.

Akshay has also signed up for Balki-directed Padman which his wife Twinkle will produce through Mrs FunnyBones Movies. He will also play the lead in a film co-produced by Salman Khan and Karan Johar.