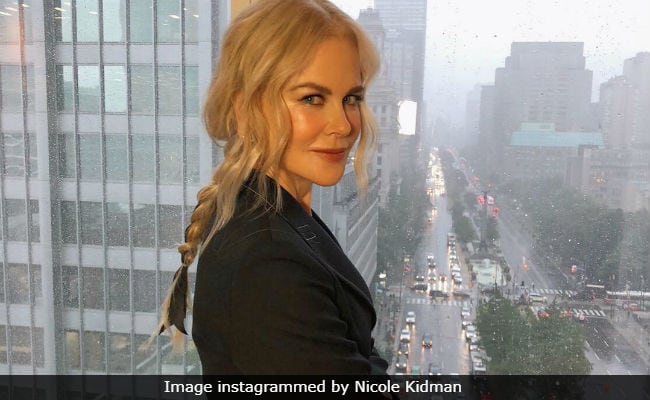 Nicole Kidman has avoided talking about her 11-year marriage to Tom Cruise. Seventeen years after the couple split, we still don't know exactly what caused their breakup.

But in a recent interview, Kidman opened up about one aspect of their relationship that she hasn't discussed before - how being married to a powerful man protected her from experiencing the kind of sexual abuse that more and more women in Hollywood are speaking up about.

"I got married very young, but it definitely wasn't power for me - it was protection," the 51-year-old actress said to New York Magazine's the Cut in an interview published Monday. "I married for love, but being married to an extremely powerful man kept me from being sexually harassed."

Describing herself as "very much cocooned" during her marriage, Kidman added, "So when I came out of it at 32, 33, it's almost like I had to grow up."

She also acknowledged that she has experienced sexual harassment, but declined to go into detail.

"Of course I've had #MeToo moments - since I was little!" she said. "But do I want to expose them in an article? No. Do they come out in my work? Absolutely."

The Academy Award-winning actress added: "I'm open and raw. I want to have my well of experience and emotion tapped into, used - and I'm not just talking about sexual harassment. I'm talking about loss, death, the full array of life. But it has to be by the right people so it's not abused again."

Kidman and Cruise, who have two children together, met on the set of 1990's Days of Thunder and married that same year, when she was 22 and he was 28.

The two split in 2001, with Cruise citing irreconcilable differences. In 2003, Kidman won the Academy Award for best actress for her performance in The Hours. She married country singer Keith Urban in 2006.

In the piece, Kidman explains that she generally avoids talking about her marriage to Cruise "because I'm married now to the man who is my great love (Keith Urban), and it almost feels disrespectful."

Kidman spoke to the Cut as part of a special issue on women and power. The rare interview was an "as-told-to," meaning that it appears in the style of a first-person essay written by Kidman but was drawn from interviewer Holly Millea's conversation with the actress.

She'll probably tap into her experience with sexual harassment in a yet-to-be-named film about Roger Ailes, the founder and former chairman of Fox News who resigned in 2016 following allegations of sexual misconduct. Kidman will play anchor Gretchen Carlson, who filed the sexual harassment lawsuit against Ailes that led to his downfall.

It's not the first time that her work has touched on weighty issues of gendered abuse. In the 2017 HBO miniseries Big Little Lies, Kidman starred as Celeste Wright, a wealthy woman experiencing domestic abuse. The emotionally intense role literally left her with bruises.

"I remember lying on the floor in the last episode, being in my underwear and having just been really thrown around," she said in a June 2017 roundtable discussion with the Hollywood Reporter. "I just lay on the floor. I couldn't get up. I didn't want to get up."

She added: "I just felt completely humiliated and devastated. And angry inside. I went home and I threw a rock through a glass door."