Ishq Kamaal features glimpses of Aryaa and Vishal's road trip and their romance, which reminds Ravi of his love interest Pooja 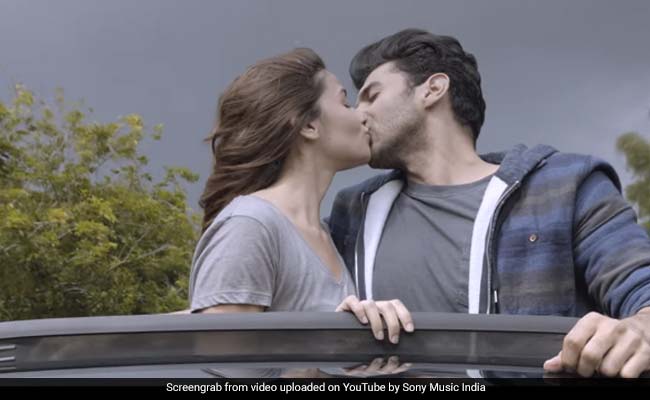 Alia Bhatt added a new song to Sadak 2's playlist and Ishq Kamaal, a brilliant romantic number, will indeed tug at your heartstrings. Just a few seconds into the song's video, there are glimpses of Pooja Bhatt and Sanjay Dutt from the original 1991 film Sadak, before it shifts back to Alia Bhatt and Aditya Roy Kapur's present day love story. The trailer of the film revealed that Aryaa (played by Alia) and her boyfriend Vishal (aka Aditya Roy Kapur) embark on a road trip with taxi driver Ravi (Sanjay Dutt's aged character from Sadak) as their guide. Ishq Kamaal features glimpses of Aryaa and Vishal's road trip and their romance, which reminds Ravi of his love interest Pooja (played by Alia Bhatt's sister Pooja Bhatt in Sadak), who is dead now.

Aryaa and Vishal's adorable antics make Ravi both cry and smile at the same time - he takes a trip down memory lane and revisits fond memories of Pooja. Aryaa and Vishal also share a kiss in the song, away from the eyes of Ravi, in a romantic sequence. While tweeting the song, Alia shared a few lines from the song's lyrics: "Jind yaar paas, jind paas yaar... Ishq kataari rok naa paaye koi bhi dhaal... Ishq Kamaal."

In Sadak 2, Aryaa aims to take down a villainous godman, played by Makarand Deshpande. Sadak 2 is directed by Alia Bhatt and Pooja Bhatt's filmmaker father Mahesh Bhatt, who also helmed the first film.

Sadak 2 is all set to premiere on Disney+Hotstar on August 28.