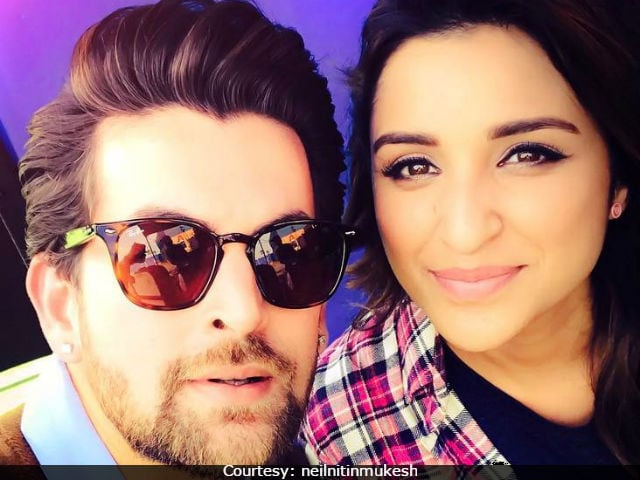 New Delhi: Actor Neil Nitin Mukesh has finally joined the cast of Golmaal Again and began shooting for the film on Thursday. The 35-year-old actor confirmed his appearance on social media and posted pictures with director Rohit Shetty and actress Parineeti Chopra on Instagram. "Such an honour being a part of Rohit Shetty's creation," Neil captioned one of his posts. Golmaal Again is the fourth instalment of blockbuster comedy series Golmaal: Fun Unlimited, which released in 2006. The film will hit the theatres during Diwali along with Rajinikanth and Akshyay Kumar 2.0 and Aamir Khan's Secret Superstar. Team Golmaal is currently shooting the second schedule of the film in Hyderabad.

With the man himself @itsrohitshetty Genius to work with and such an honour being a part of his creation. #golmaalagain

With this gorgeous on the sets of #golmaalagain

Promoted
Listen to the latest songs, only on JioSaavn.com
Neil recently wrapped the shooting of Indu Sarkar, in which he plays the role of politician Sanjay Gandhi. The Madhur Bhandarkar-directed film is set during the time of Emergency. Months ago, Neil's look as Mr Gandhi had swiftly went viral on social media. Twitter was impressed by the New York actor's look. Indu Sarkar also features Pink actress Kirti Kulhari and will release on July 21. The film will clash at the box office with Tiger Shroff's Munna Michael and Rajkummar Rao's Bareilly Ki Barfi.