Neena Gupta Reveals An Ex Cancelled Their Wedding At "The Last Minute": "Till Today I Don't Know Why"

"I would have loved to get married to him. I had a lot of respect for his father, mother," said Neena 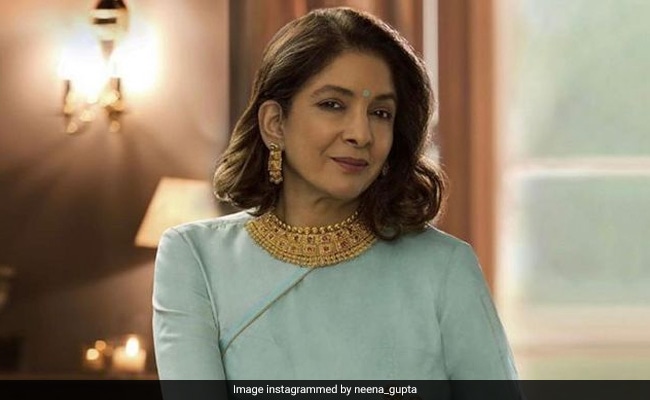 Neena Gupta, during the launch of her autobiography titled Sach Kahun Toh on Monday, revealed that she almost got married to a man with whose family she was living but he cancelled their wedding at "the last minute." Neena Gupta, in her tell-all autobiography that she had been writing for 20 years, has shared many stories of her life and recalling one of them in an interaction with actress Kareena Kapoor, the Badhaai Ho star shared that she "would have loved to get married to" the aforementioned ex but she accepted her life and "moved forward." Neena Gupta has a daughter, fashion designer Masaba Gupta, with former cricketer Viv Richards. She raised Masaba as a single mother and later married chartered accountant Vivek Mehra in 2008. The couple live in Mukteshwar, Uttarakhand.

Talking to Kareena Kapoor about how she was "all alone" in her prime years and that she has never "lived her life on her own terms," Neena Gupta said: "What I did, whatever God gave me or wherever I went wrong, I accepted it and moved forward. I wanted to have a normal husband, normal children with that husband who's living with me...When I see other people, I do feel a little envious. I did not blame, I did not become alcoholic, because what I wanted I did not get."

"I have talked about that guy I was gonna get married and last minute, I had gone to get my clothes made in Delhi, he called up and he said, 'I don't want to marry you.' Till today I don't know why. But what can I do? I moved on. I would have loved to get married to him. I had a lot of respect for his father, mother. I was living in their house. He's going to read, he's alive, he's happily married. He has children," added the 62-year-old actress.

In her autobiography, Neena Gupta has also written about the difficulties she has faced while raising Masaba as a single mother, living without a companion after moving to Mumbai for a long period and many more incidents of her life.

Neena Gupta has worked in films like Mandi, Utsav, Trikaal, Badhaai Ho, Sardar Ka Grandson and Sandeep Aur Pinky Faraar. She has a film titled Dial 100 and the second season of Masaba Masaba lined up.