Neena Gupta On Daughter Masaba's Divorce: "I Was Devastated"

Masaba Gupta, who is a well-known designer, was born in 1989 to Neena Gupta and Vivian Richards 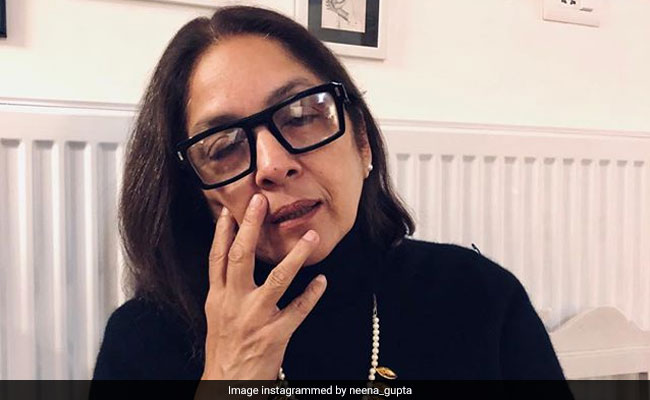 Neena Gupta recently opened up about her daughter Masaba's divorce with her ex-husband Madhu Mantena. In an interview with Pinkvilla, Neena Gupta was quoted as saying, "I was devastated when I heard it." The actress, who recently featured in Shubh Mangal Zyada Saavdhan, revealed that Masaba helped her "come to terms with it." She said, "Actually, it was Masaba who helped me come to terms with it. Initially, I couldn't accept it at all and it affected me." Masaba and filmmaker Madhu Mantena got married in June 2015 in a court marriage. They filed a divorce at Bandra's Family Court in March last year.

Masaba and Madhu Mantena announced their separation in August 2018 and asked for "privacy."

Earlier, Neena Gupta had talked about raising her daughter as a single parent. The actress was quoted by news agency IANS on the sets of reality show Indian Idol 11 as saying, "My father played a very important role in raising my daughter. He especially shifted to Mumbai to help me. I cannot express how thankful I am to him. He was my backbone during the most crucial time of my life."

Neena Gupta was in a relationship with former West Indies cricketer Vivian Richards. Masaba Gupta, who is a well-known designer, was born in 1989 to Neena and Vivian. Later, Vivian Richards got married to Miriam and Neena Gupta to chartered accountant Vivek Mehra. The 60-year-old actress recently shared a video in which she talked about her love life and ended the video by saying, "Sach kahun toh, don't get involved with a married man."

On the work front, Neena Gupta was last seen in Hitesh Kewalya's Shubh Mangal Zyada Saavdhan. She has also featured in Badhaai Ho, Veer, Mulk, Panga and many more.