"God has blessed us with enough strength and happiness to see all you jokers and your jokes!" wrote Vignesh Shivan 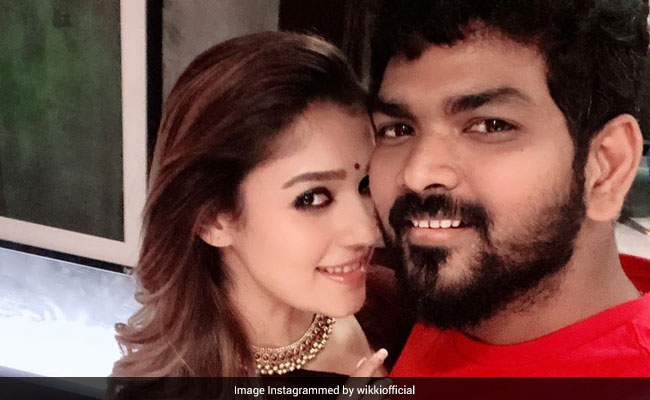 South star Nayanthara and her boyfriend, director Vignesh Shivan, in a recent Instagram post, shared an update about their health and stated that they are "happy and healthy," contrary to several media reports that claimed that the duo have tested COVID - 19 positive. Vignesh Shivan, on Sunday, shared a video of himself and Nayanthara dancing to kids' song Baby Shark using a FaceApp filter on Instagram to put an end to rumours that they have been diagnosed with coronavirus and that they are living in quarantine in Chennai's Egmore. He wrote: "And... that's how we see the news about us, the corona and the imaginations of all the press and social media sweethearts. Anyways! To our well-wishers, we are happy, healthy." Taking a jibe at some media publications for circulating false reports, Vignesh added: "God has blessed us with enough strength and happiness to see all you jokers and your jokes!"

And .., that's how we see the news about us, the corona and the imagination of all the press & social media sweethearts Anyways! To our well-wishers We are happy healthy and God has blessed us with enough strength & happiness to see all you jokers and your jokes ! God bless

On Monday, Vignesh Shivan shared a beautiful memory from his and Nayanthara's vacation diaries and shared it with his fans on social media. Posting the picture, in which Vignesh can be seen kissing the actress on her forehead, the director wrote nothing and just accompanied his post with several heart emojis.

Nayanthara and Vignesh Shivan met on the sets of 2015 film Naanum Rowdydhaan, which Vignesh directed. It featured Nayanthara in the lead role. They fell in love soon after that. The couple were reportedly planning to get married by December last year. However, neither Nayanthara nor Vignesh Shivan has ever publicly opened up about their wedding plans.

Before the nationwide lockdown, Nayanthara was filming Netrikann, produced by Vignesh Shivan. Netrikann, a remake of Korean film Blind, is being directed by Milind Rau. Nayanthara will also be seen alongside Rajinikanth in Annaatthe.