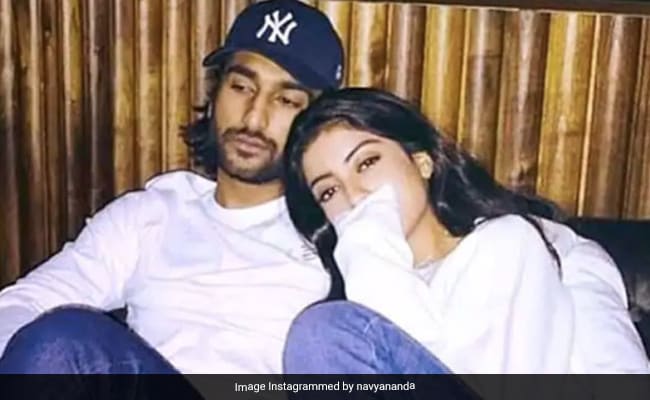 Amitabh Bachchan's granddaughter Navya Naveli Nanda posted a wonderful birthday wish for her rumoured boyfriend, actor Meezaan Jaaferi, on her Instagram profile on Tuesday. Right after the clock struck midnight on Meezaan Jaaferi 's birthday, Navya shared a picture of him posing at a breathtaking location, where he appears to be enjoying a starry night. In the caption, Navya Nanda wrote: "Happy birthday, Meezan." Meezan too shared Navya Naveli Nanda's Instagram story on his feed and captioned it with a black heart emoji. Navya and Meezan have reportedly been dating for quite some time now. However, none of them has confirmed the reports till now.

Here's how Navya Nanda wished Meezaan Jaaferi on his birthday: 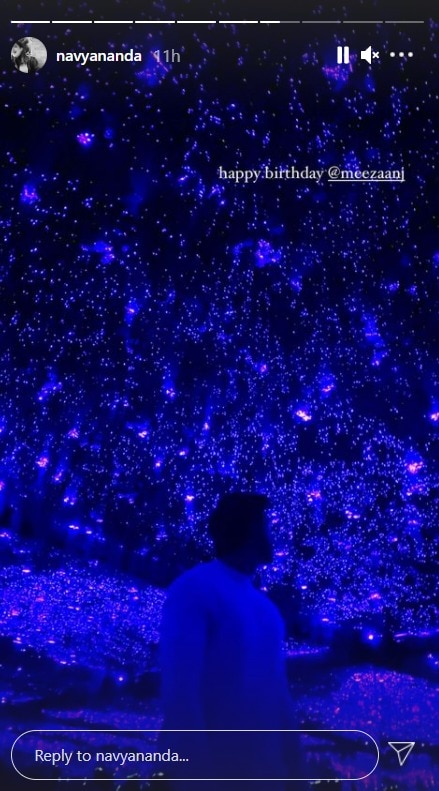 Meezaan Jaaferi is the son of actor Jaaved Jaaferi. Earlier this year, in an interview with Times Of India, Jaaved denied reports about his son dating Navya. He maintained that they are just "good friends" and said: "People want content. Being good friends with somebody is considered to be something else always. These children have grown up together, my daughter (Alaviaa Jaaferi) and Navya have been friends since school. They have a common group of friends."

Meezaan Jaaferi made his debut in Bollywood with the 2019 film Malaal, co-starring Sanjay Leela Bhansali's niece Sharmin Segal. He will next be seen in Priyadarshan's Hungama 2 alongside Shilpa Shetty, Paresh Rawal and Pranitha Subhash.