Glimpses of how Navya spent her weekend 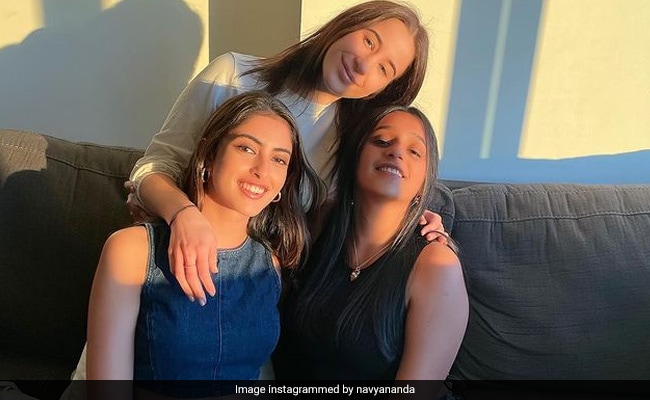 Amitabh Bachchan's granddaughter Navya Naveli Nanda lit up Instagram on Monday by sharing some stunning sun-kissed pictures of herself chilling with her friends. Needless to say, the pictures are winning the internet. In the images, Navya can be seen sporting a denim crop top and jeans and posing with her friends on a couch. She looks happy. Giving glimpses of how she spent her weekend, Navya wrote: "Sundays" in the caption with an orange heart icon. Her fans think she looks "splendid" in the pictures she has shared. One of the users even commented: "You look lovely." Check out the post here:

Businessman Nikhil Nanda married Amitabh Bachchan's daughter Shweta in 1997. The couple welcomed Navya in the same year and their son Agastya was born in 2000.

Recently, when a social media user made a remark on Shweta Bachchan's profession and commented on one of Navya's post: "What work does her mother do? LOL," Navya shut the troll with this savage response: "She's an author, writer, designer, wife and mother. Being a mother and wife is a full-time job. Please don't discredit women who are housemakers. Their role is so crucial in the upbringing of a generation that will hopefully support their contribution instead of tearing it down." 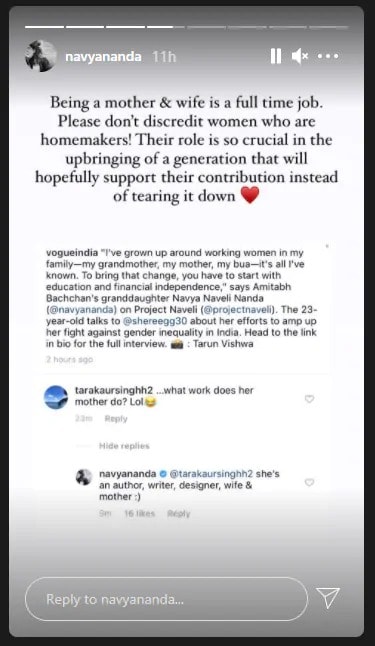 Navya Naveli Nanda, who made her Instagram profile public earlier this year, has shared many pictures with grandparents Big B, Jaya Bachchan, mamu Abhishek Bachchan, his wife and actress Aishwarya Rai Bachchan on her feed. Take a look: