Navratri 2021: Sara looks pretty in traditional outfits in the pictures 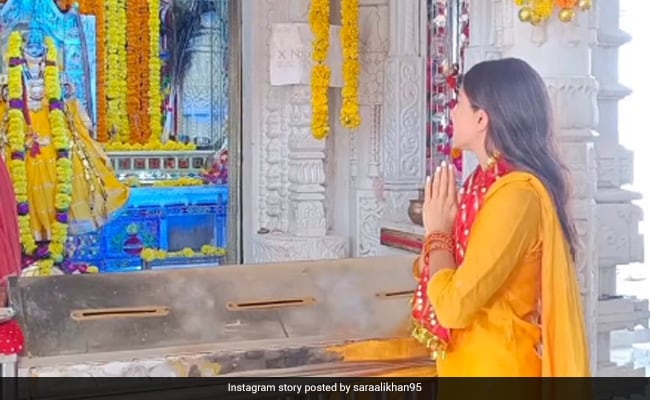 Sara Ali Khan is in Udaipur currently and the actress marked the first day of Navratri by offering prayers at the Shri Manshapurna Karni Mata Temple. The actress shared pictures from her visit to the temple on her Instagram story. Sara Ali Khan is also being a perfect tourist in Udaipur. From making the traditional food to enjoying a boat ride, Sara is doing it all in the city of lakes. In the pictures and the videos that Sara Ali Khan has shared on her Instagram stories, she looks pretty in an orange and white traditional outfits. Check out the actress' photos here: 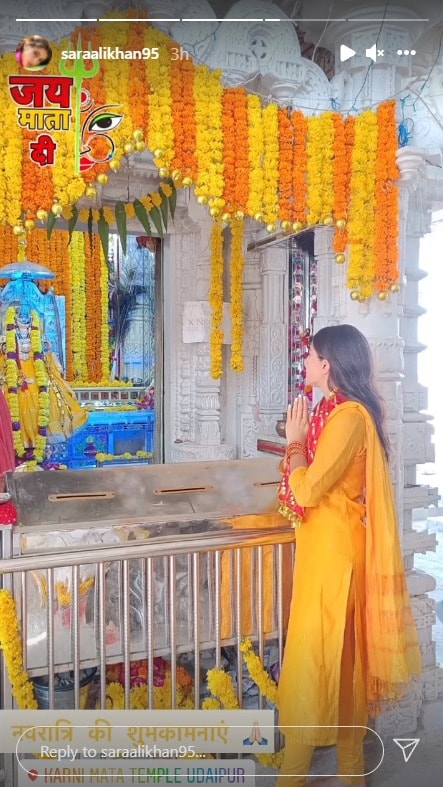 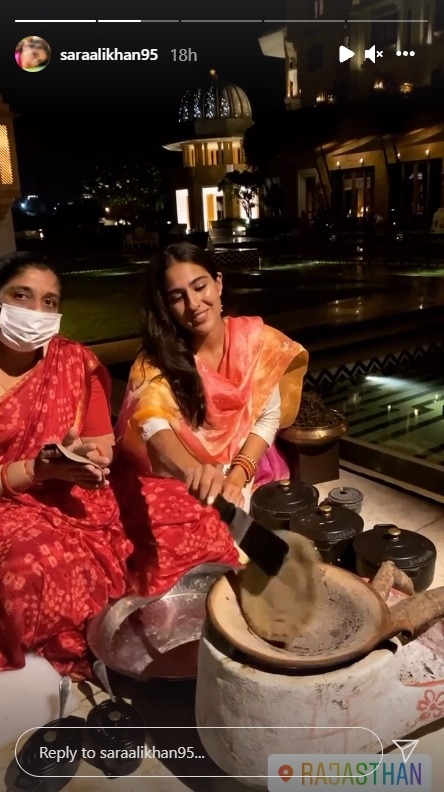 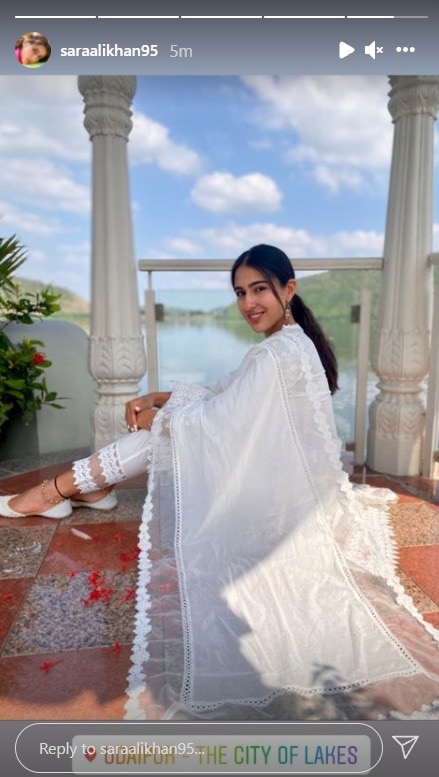 Sara Ali Khan has been to Kashmir, Ladakh and Maldives in the past few months. She loves to travel with her friends and these pictures of the actress prove it:

She was last seen in Coolie No 1, in which she co-starred with Varun Dhawan. The film failed to impress critics, as well as cine-lovers.

In his review for NDTV, film critic Saibal Chatterjee gave Coolie No 1 one star out of five and wrote: "It definitely has more colour and slickness, but all its gloss is strictly superficial. The new version is flashier and louder. The hope clearly is to paper over - and drown out - the sheer pointlessness of the exercise. But no matter what the director and his son, lead actor Varun Dhawan, try, this coolie is anything but numero uno. The 2020 Coolie No 1, released on Amazon Prime Video, is no patch on the 1995 Coolie No 1."

Sara Ali Khan has Atrangi Re with Akshay Kumar and Dhanush lined up. The film is being directed by Aanand L Rai.