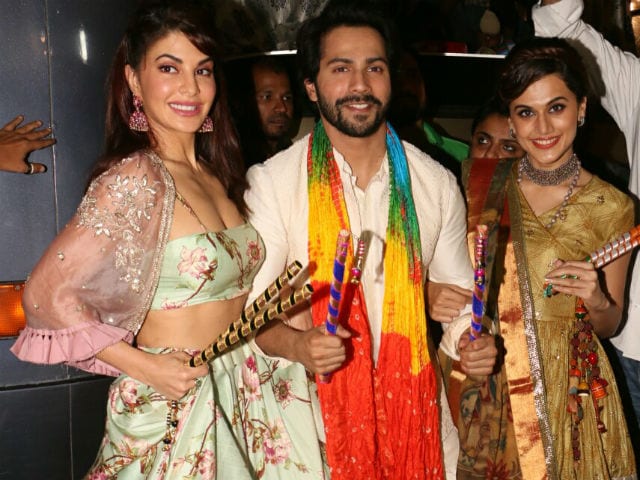 Varun Dhawan, Jacqueline Fernandez and Taapsee Pannu at a dandiya night in Mumbai.

New Delhi: Actors Varun Dhawan, Jacqueline Fernandez and Taapsee Pannu, who are set for their upcoming film Judwaa 2, are promoting the film in high spirits. Nothing could have been better than to spot our favourite Judwaa 2 stars on a dandiya night in Mumbai with none other than singer Falguni Pathak. Well, we couldn't have asked for more this Navratri. In the pictures, Taapsee can be seen dressed in bright red and yellow Gujarati ensemble while Jacqueline is seen wearing a floral lehenga. Varun looked just perfect in a white kurta pyjama paired with a multi coloured stole. The trio had a 'fabulous' dandiya night with Falguni and 20,000 people in Mumbai grooving to their song Tan Tana Tan Tan Tan Tara. Take a look at Varun, Jacqueline and Taapsee's bright lit dandiya night pictures here: 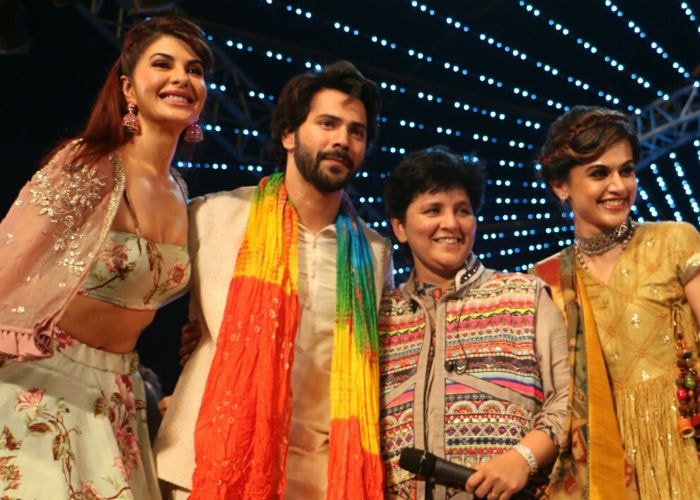 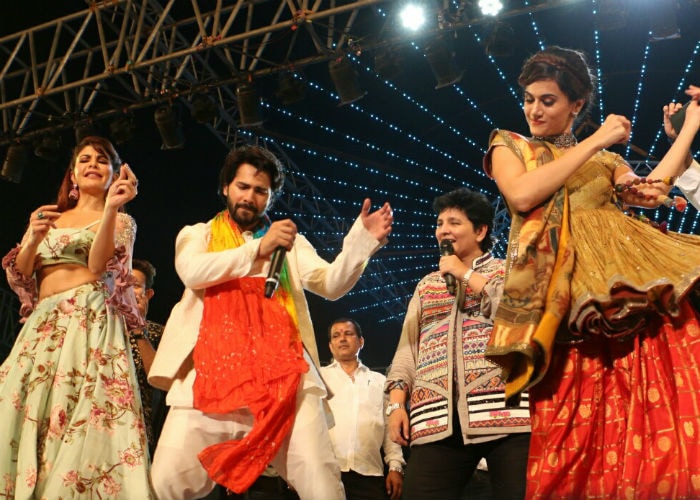 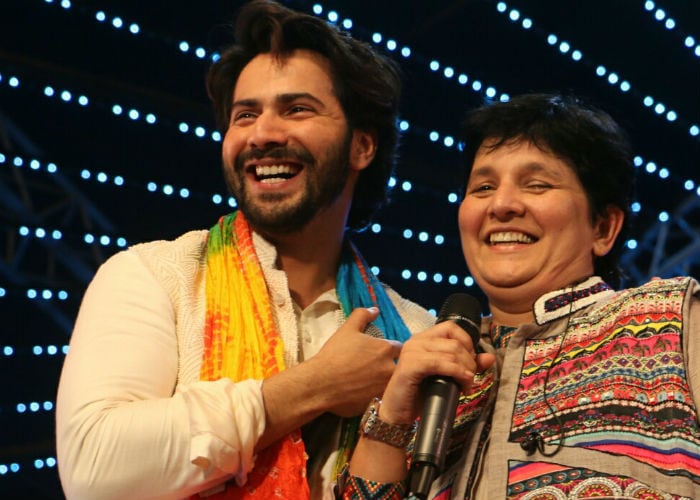 How could the actors miss a chance to groove to Falguni Pathak's very famous Chudi Jo Khanki song.

Varun Dhawan posted a video on Instagram and shared that the song is his favourite. Watch the trio dance to Chudi Jo Khanki here:

Judwaa 2 is a remake of Salman Khan's 1997 film Judwaa, which also featured Karisma Kapoor and Rambha. Varun has stepped into Salman's shoes while Jacqueline takes over from Karisma Kapoor and Taapsee will play Rambha's part in the film.

Salman Khan also has a cameo in Judwaa 2 and Varun recently shared a video, which may be the scene from the film when they meet or this may be a promotional snippet to tease fans. Watch the clip here:

Promoted
Listen to the latest songs, only on JioSaavn.com
Recently, Jacqueline also delighted her fans by sharing a post where she is happily posing with Kareena, Karisma and Varun. She captioned the picture: "Speechless."

The film releases on September 29 and the wait becomes a tad bit difficult!!!