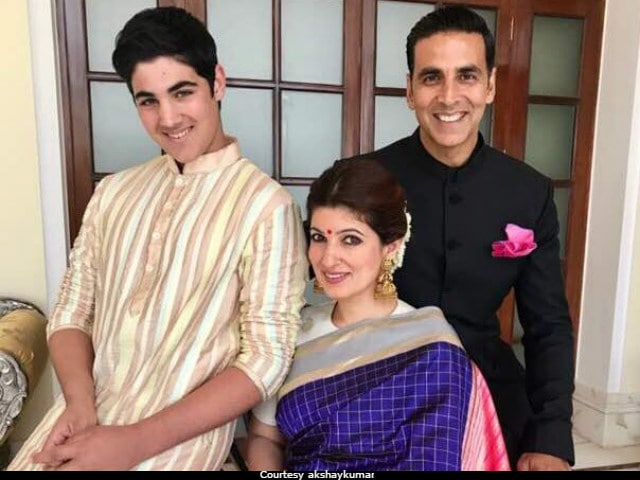 New Delhi: Akshay Kumar received his Best Actor National Award for Rustom from President Pranab Mukherjee in New Delhi on Wednesday evening. The 49-year-old actor's wife, actress-turned author Twinkle Khanna, congratulated her husband in a tweet, which is dipped in Twinkle's signature sense of humour. The National Award winners were announced on April 7 but were handed out at the Rashtrapati Bhavan on Wednesday evening. "So, now I can officially refer to him as my trophy husband," tweeted Twinkle. Twinkle's tweet was in response to Akshay's, in which he confessed the joy of receiving the Best Actor prize is limitless and thanked fans and followers for the admiration. This marks Akshay Kumar's first ever National Award and Twinkle is clearly elated.

So now I can officially refer to him as my trophy husband :) #NationalFilmAwardshttps://t.co/VlZhkAN6c0

Earlier, when Akshay was announced as the winner of Best Actor National Award, Twinkle had to say this:

Meanwhile, "No words can do justice to the joy I feel at this moment. Sharing with you all my first ever," tweeted Akshay.

Twinkle and Akshay's teenaged son Aarav accompanied the actor to the National Award ceremony, ahead of which, the Bollywood Khiladi tweeted a photograph with the caption: "An important day in my life with the most important people in the world to me, my family."

Promoted
Listen to the latest songs, only on JioSaavn.com
Earlier in the morning, Akshay, who has received a lot of backlash for winning the Best Actor award over Aamir Khan, shared a video message saying: "I will get my first National Award today. I can't express my feelings."

Like there's no lock made without a key,no problem comes without solutions. Watch & do think,sharing with u'll some thoughts, #DirectDilSepic.twitter.com/dUcPl4zeXB

Other winners at the National Awards were actress Sonam Kapoor, who received Special Mention for her performance in Ram Madhvani-directed biopic Neerja and child actor Zaira Wasim, who won for her role in Aamir Khan's Dangal. Neerja also won the Best Hindi Film National Award while Marathi movie Kasav received the prize for Best Feature Film.