National Awards: Amitabh Bachchan Tweets He is 'Humbled and Touched' 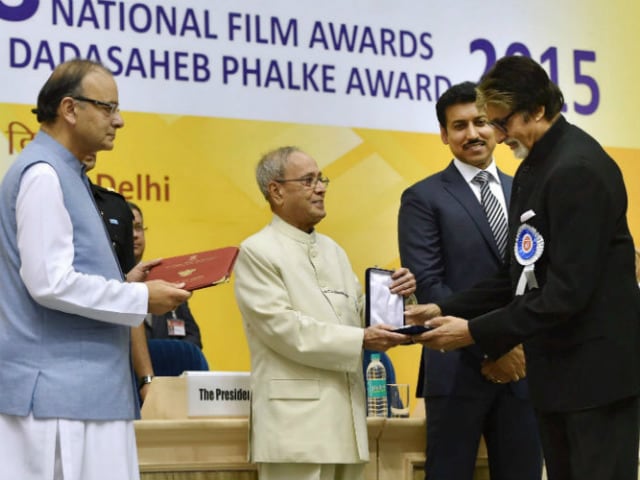 New Delhi: Actor Amitabh Bachchan collected his Best Actor National Award at a ceremony in New Delhi on May 3, and later on Tuesday night, wrote on Twitter that he is "humbled and touched."

T 2245 - Back now 3:54 am from Delhi and National Award ! So humbled and touched, for President of India to take my name in his speech !

Big B was accompanied by his family - wife Jaya, son Abhishek Bachchan and daughter-in-law Aishwarya Rai Bachchan - at the 63rd National Awards. This is Mr Bachchan's fourth Best Actor win after Agneepath, Black and Paa. Others who collected their awards at the ceremony include actress Kangana Ranaut, who received the Best Actress National Award for Tanu Weds Manu Returns, actress Kalki Koechlin, who received the Special Jury Award for Margarita, With A Straw and filmmaker Kabir Khan, who received Bajrangi Bhaijaan's Best Popular Film Providing Wholesome Entertainment award. The National Film Awards, which honour the best in mainstream and regional cinema, were announced in March.