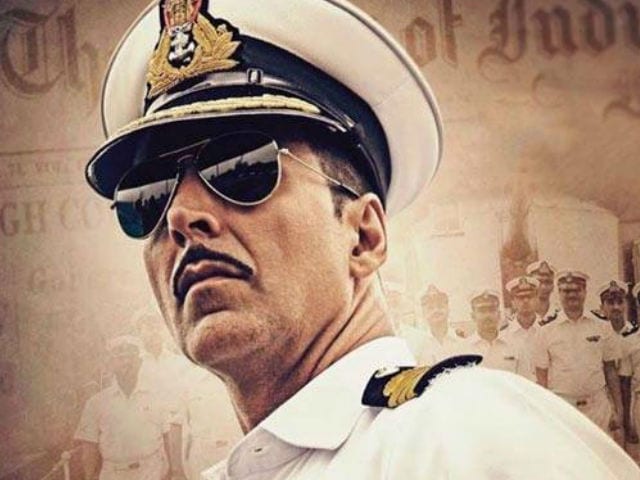 Akshay Kumar in a still from Rustom

New Delhi: The National Film Awards were announced in New Delhi today and Akshay Kumar has won his first National Award for Best Actor for his work in the 2016 film Rustom. Rustom, based on the real life Nanavati case that led to the scrapping of the jury in India's legal system, starred Akshay as a naval officer accused of murdering his wife's lover. The 49-year-old star's omission from the Filmfare Awards Best Actor category prompted outrage recently - his National Award win is likely to pacify his fans. Rustom released to middling reviews last year but Akshay Kumar's performance was singled out for critical praise.

In a video message, Akshay Kumar said "thank you is a very small word right now" and that he is "humbled by this honour."

National Film Awards jury chief head Priyadarshan said that Akshay Kumar's competition for Best Actor was Mohanlal, who received the Jury award. "Three films of Mohanlal and two of Akshay, Airlift and Rustom, and we felt Akshay showed a range from playing a real life character and doing a tailor-made role," Priyadarshan said.

The Tiger Who Crossed The Line won Best Environmental Film.

Uttar Pradesh was named the 'Most Film Friendly State.' Special mention in this category went to Jharkhand.

Here are all the winners:

Promoted
Listen to the latest songs, only on JioSaavn.com
Regional Awards

Bobby Deol's Son Aryaman, 20 Today, Got The Best Wish From His Dad