Nargis Fakhri: Not Much To Learn on Film Sets, Want To Be More Than An Actor 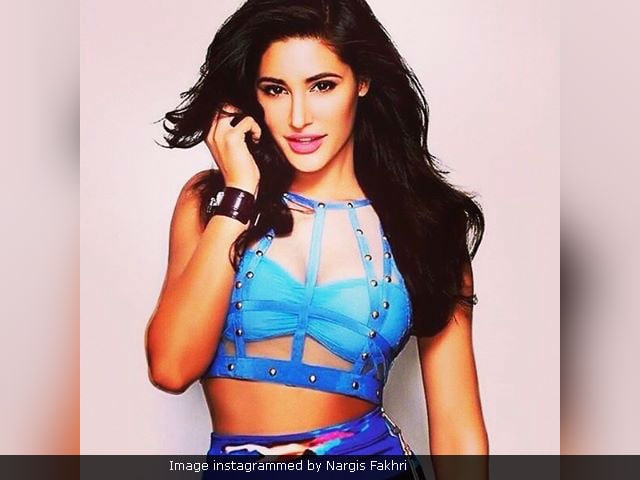 New Delhi: Actress Nargis Fakhri says that being an actor is not the only thing she wants and has a list of other things she wants to do simultaneously, reports news agency PTI. Nargis Fakhri, who debuted in Bollywood with 2011 film Rockstar opposite Ranbir Kapoor, told PTI: "Acting is not the only thing...I want to do a lot in life. When you are on sets you are always acting you are not interacting with people in life and not learning anything new. There is so much more to learn and do different things in life. I want to balance things by doing acting and other things." After Rockstar, Nargis featured in films like Madras Cafe, Main Tera Hero and Banjo. Some were successful and some films failed to yield positive box office numbers.

In 2016, Nargis was seen in four films - Azhar, Housefull 3 and Banjo along with a cameo in Dishoom. In July 2016, it was reported that the 37-year-old actress took a break from Bollywood due to exhaustion. She left for New York right after the release of Azhar in which she played the role of Sangeeta Bijlani and returned in time for Banjo promotions. "Last year I did four films and it's damn tiring. I will never do that again. I will go slow from now on. One film a year will be amazing," she told PTI.

Talking about her interests outside the field of cinema, Nargis said: "I am a different person. I like to cook, plant flowers and travel. I like to live life. I want to explore other things but not related to cinema as such. I would want to be a public personality on television or do something different," reports PTI.

Nargis, who recently launched her new app, talked about social media and said: "The positive side is you see you are so popular. I did not know I was so popular. I felt I am like a regular person and nobody likes me. But when I see social media and the good comments and when I go out and people talk sweet things to me, I feel overwhelmed. There is a negative side as well."

Promoted
Listen to the latest songs, only on JioSaavn.com
Nargis will be next seen in Indian-American film 5 Weddings, co-starring Rajkummar Rao.