"Such sweet memories. Brings it all back," wrote Namrata 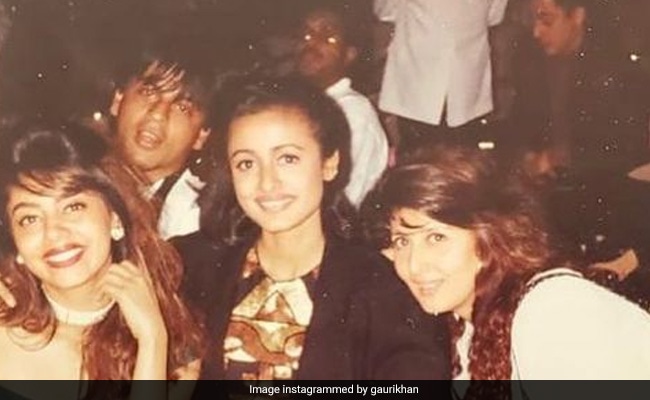 Gauri Khan left the Internet surprised with her throwback photo on Instagram. The luxury interior designer posted a picture with Namrata Shirodkar, Sangeeta Bijlani and Shah Rukh Khan posing for a stylish picture after attending a fashion show. The post managed to do the rounds of the Internet and soon, received many comments from celebrities; those in the picture also recalled the moment the picture was taken as a fond memory. In the caption, Gauri wrote, "Post a fashion show with Namrata Shirodkar, Sangeeta Bijlani.. I think I walked the Ramp with them too while Shah Rukh Khan watched from the audience." The picture also features Shah Rukh Khan behind Gauri.

Namrata, who is currently in NYC with her husband Mahesh Babu and their kids, commented on the post and revealed that she met Gauri and Sangeeta right after her Miss Universe show. The actress wrote, "Omg !! G.. where did you even find this one !! I was straight out of my miss universe show headed to this cruise with all of you we had such a blast...such sweet memories...brings it all back."

Namrata Shirodkar was crowned Miss India in 1993 and represented the country at the Miss Universe pageant. However, she bagged the sixth position there. Later, the actress participated in the Miss Asia Pacific contest and turned out to be the first runner-up. 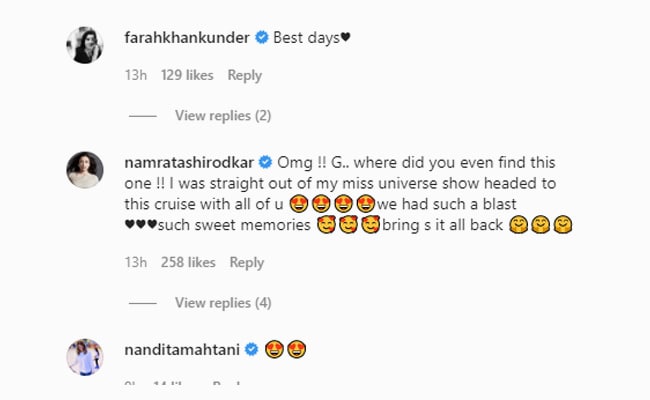 Gauri often shares lovely pictures with her friends. She is an established interior designer based in Mumbai and has done work on many celebrity homes including the Mumbai office of Red Chillies Entertainment.