Namaste, Tyga. We Are Looking Forward To Your Delhi Concert

Tyga will be performing in Delhi, are you going? 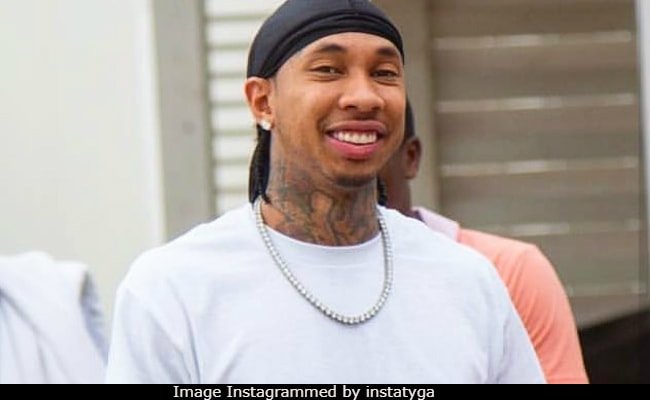 "I have always wanted to tour in India," said Tyga (courtesy instatyga)

New Delhi: Brilliant news for rap music lovers! American rapper Tyga is all set to visit India as part of his world tour in April and guess where he's going to have his maiden concert in the country? It's the country capital - Tyga's concert is scheduled for April 20 in New Delhi, reported news agency PTI. The Grammy-winning artiste will visit India as part of his tour to promote his newly released album Kyoto. The venue for Tyga's performance will be the Grand Hotel in Vasant Kunj, Delhi. As part of the announcement, the rapper said in a statement that he's looking forward to his India visit.

"I have always wanted to tour in India, the sounds of sights of the country are so fascinating, the food and culture so vibrant, I have seen pictures and heard a lot from my friends who've visited before and I've heard the music industry is one to watch out for," PTI quoted him as saying.

Tyga would also want to make the best of his India schedule by exploring around if time permits: "I'm really excited to attend the unique luxury pop up curated by White Fox India as well as perform my new album, Kyoto, for all my fans out there. I might also do some sight-seeing if I have the time," he said, reported PTI.

On the concert day, Tyga is expected to perform popular tracks like Temperature, AYO, Still Got It, Rack City and Make It Nasty.

Arjun Jain, the founder of the organising company White Fox India, said in a statement: "Personally I have always been a huge aficionado of hip hop and rap and the demand for this genre in India is quite overwhelming but remains largely untapped. This event will be very exclusive in the form of a luxury pop up night where fans can avail the opportunity of getting up close and personal with the artist as well as have a more intimate experience."

While Tyga will be making his debut in India, other international celebrities from the world of music who have performed in the country are Ed Sheeran, Chris Martin and Justin Bieber.

Promoted
Listen to the latest songs, only on JioSaavn.com
Tyga, we are looking forward to you. Namaste!