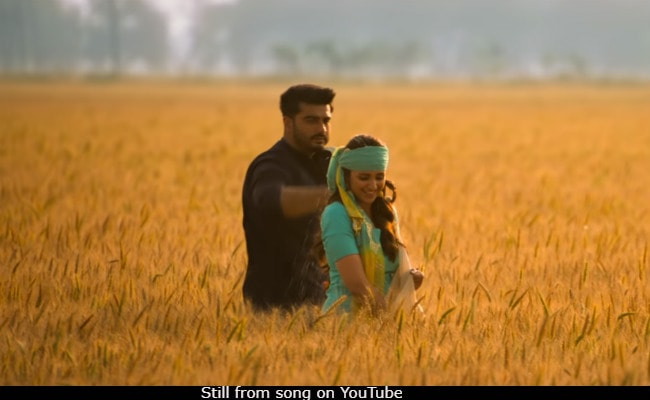 After the trailer of Namaste England released last week, Tere Liye, the first song from Arjun Kapoor and Parineeti Chopra's film was shared on Tuesday. Tere Liye is a typical Bollywood romantic number which will make your heart skip and beat and remind you of your special one. The song tracks Arjun and Parineeti's romantic journey as they fall in love, get married and then switch cities. However, most part of the song documents Parineeti and Arjun's love story as a married couple and is beautifully set against the picturesque setting of rural Punjab. Sung by Atif Aslam and Akanksha Bhandari, credits for the lyrics of Tere Liye goes to veteran lyricist Javed Akhtar.

Sharing the song, Arjun Kapoor tweeted: "Let your heart do all the talking with Tere Liye" while Parineeti Chopra added: "Listen to your heart speak."

The trailer of Namaste England revealed that the film is not a typical take on a Bollywood love story. The twist in the story arrives after Parineeti and Arjun get married - bogged down by cultural prejudices and conservative traditions, an ambitious Parineeti feels the need to shift abroad, leaving her husband and family behind. Soon, she's reunited with Arjun, who joins her in London. The song Tere Liye mostly appears to be from before Parineeti flew out of India as it features glimpses of only happy times shared by the duo.

Directed by Vipul Amrutlal Shah, Parineeti and Arjun's Namaste England is all set to hit screens on October 19.