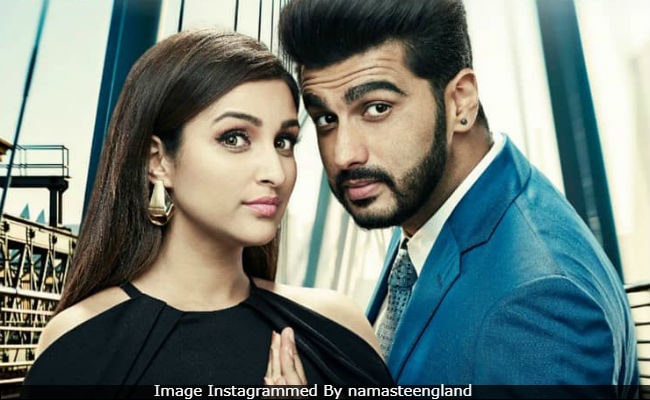 Arjun Kapoor and Parineeti Chopra's new film Namaste England has failed to impress the cine-goers. Box Office India reports that the film 'crashed' at the box office with collections of Rs 50 lakh on Monday, the lowest so far. Counting Day 5's collection, Namaste England current total now stands at Rs 6.60 crore. "The film is a disaster but because of the revenue from digital which has become a real plus, the film will hardly have losses for the makers," the Box Office India report stated. On the opening day (Thursday), Namaste England earned Rs 1.5 crore and on Day 2, it made 2 crore. The weekend collection went till Rs 2.60 crore.

Namaste England opened to poor reviews on Thursday. In his review for NDTV, film critic Saibal Chatterjee gave Namaste England 1 star out of 5. "An insufferably infantile drama about a married couple separated in the silliest of ways owing to the woman's desire to settle in London and get started there as a jewellery designer, Namaste England, produced and directed by Vipul Amrutlal Shah, steers clear of any semblance of logic. One more film of this quality and the careers of Arjun Kapoor and Parineeti Chopra could be in grave jeopardy," he wrote.