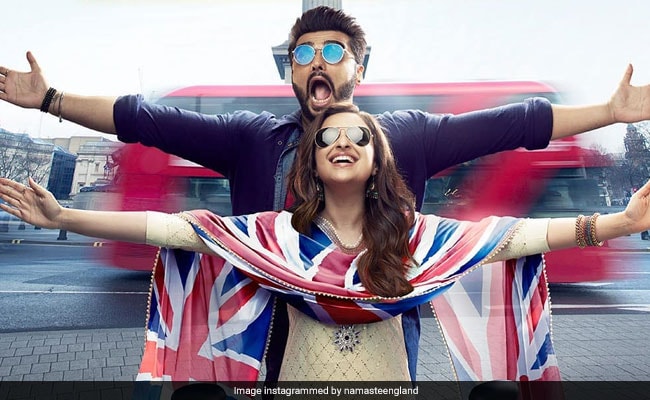 Parineeti Chopra and Arjun Kapoor's Namaste England collected Rs 1.75 crore on the opening day, a Box Office India report stated. "Namaste England has turned out to be bit of a shocker as it collects in the Rs 1.50-1.75 crore (net) range. There is little chance that the film can go anywhere from this start and it will just have struggle on at the box office," the report stated. Directed by Vipul Amrutlal Shah, Namaste England clashed with Ayushmann Khurrana, Sanya Malhotra and Neena Gupta's Badhaai Ho. Ayushmann Khurrana's film has garnered Rs 7.29 crore on Day 1 (Friday).

Namaste England has been panned by critics. In his review for NDTV, film critic Saibal Chatterjee gave Namaste England 1 star out of 5. "Namaste England is an insufferably infantile drama about a married couple separated in the silliest of ways owing to the woman's desire to settle in London and get started there as a jewellery designer, Namaste England, produced and directed by Vipul Amrutlal Shah, steers clear of any semblance of logic," he wrote.

Namaste England is the sequel of 2007 film Namastey London, which featured Katrina Kaif and Akshay Kumar. Namaste England revolves around Param (Arjun Kapoor) and Jasmeet (Parineeti Chopra), who are head-over-heels in love with each other. A huge turning point in their relationship comes when Jasmeet decides to leave Param to fulfill her professional aspirations. Paran fights all odds in order to bring back Jasmeet.