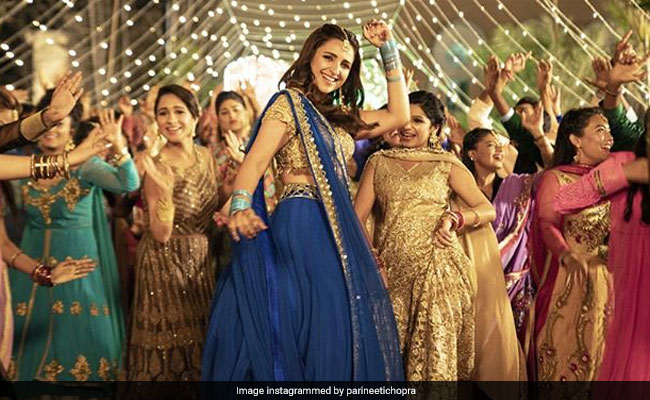 Parineeti Chopra in a still from Namaste England (Courtesy parineetichopra)

Parineeti Chopra and Arjun Kapoor's Namaste England, which opened in theaters on Friday, had a "poor" start at the box office and managed to collect merely Rs 7.05 crore, a Box Office India report stated. Namaste England has clearly failed to impress the movie goers and the box office numbers are proof. On Day 6 (Wednesday), Vipul Amrutlal Shah-directed film collected Rs 45 lakh. According to reports, the film suffered the same fate in overseas as well. "Namaste England will close the first week at around Rs 8 crore nett and it is likely the film will stay below the Rs 10 crore nett mark for lifetime business. The film has suffered the same fate in overseas as in India," the report stated.

Namaste England opened to middling reviews from the critics. In his review for NDTV film critics Saibal Chatterjee gave Namaste England 1 star out of 5. "An insufferably infantile drama about a married couple separated in the silliest of ways owing to the woman's desire to settle in London and get started there as a jewellery designer, Namaste England, produced and directed by Vipul Amrutlal Shah, steers clear of any semblance of logic," he wrote.

Namaste England is the sequel of 2007 film Namastey London, which featured Katrina Kaif and Akshay Kumar. Namastey London, also directed by Vipul Amrutlal Shah, was one of the highest grossing films of 2007.