"We all had a wonderful shoot as it was shot in Japan," wrote Nafisa Ali 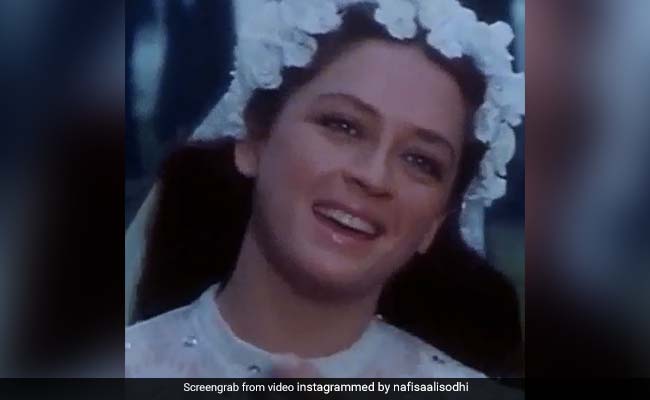 Nafisa Ali in a still from Aatank. (Image courtesy: nafisaalisodhi)

Actress Nafisa Ali took a trip down memory lane on Wednesday and shared a video from her 1996 film Aatank. The actress, 63, posted a short clip from the track Main Door Chali Jaungi, which features her dancing with actor Vinod Mehra. She looks gorgeous in a white outfit. The film also starred Dharmendra, Hema Malini, Kader Khan and Amjad Khan among others. It was directed by Prem Lalwani and Desh Mukherjee. Sharing the memory from her 1996 film, Nafisa Ali wrote: "A film I did .... we all had a wonderful shoot as it was shot in Japan." Take a look:

A film I did .... we all had a wonderful shoot as it was shot in Japan . Hindi. Aatank (English:Terror) is a 1996 Indian Bollywood action thriller written by Sachin Bhowmick and directed by duo Prem Lalwani & Desh Mukherjee. The film stars Dharmendra, Hema Malini, Amjad Khan, Vinod Mehra and Nafisa Ali in the lead roles.

The shooting for Aatank started in the 1980s. However, due to some production issues, it got delayed and was later released in 1996. Before its release, Vinod Mehra, 45, and Amjad Khan, 51, died in 1990 and 1992, respectively. Because of this, Vinod Mehra and Amjad Khan's voices in the film were dubbed by dubbing artistes.

Nafisa Ali, who is a swimming champion, was just 19 when she won the Miss India title in 1976. Her victory opened the gates for her talent in Bollywood. She made her film debut with Shyam Benegal's 1978 film Junoon. She later featured in films like Major Saab, Life In A... Metro and Yamla Pagla Deewana. She also acted in a Malayalam film called Big B in 2007 with Mammootty.