Nafisa Ali has made the most perfect use of Throwback Thursday 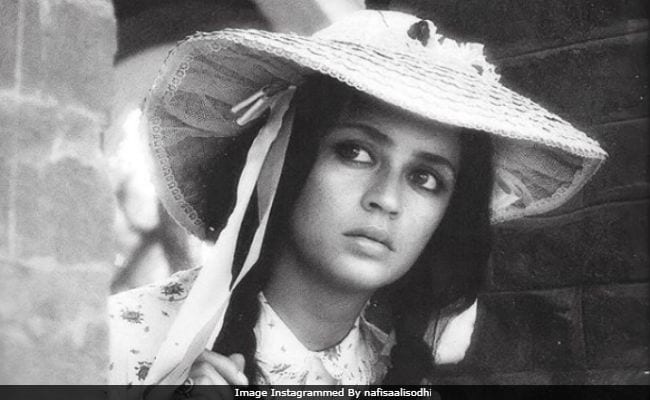 New Delhi: Actress Nafisa Ali has made the most perfect use of Throwback Thursday. (We are glad). She shared some old pictures of herself when she was 'just 21,' wearing a long white dress, with a hat. Nafisa Ali looks extremely beautiful in white with double braids. Her pictures have been taken during the shooting of Shyam Benegal's Junoon, as revealed by the actress. The 1978 film starred Shashi Kapoor, his wife Jennifer Kendal and Shabana Azmi. "I always love to sit on the ground," Nafisa Ali, 61 today, captioned one of her posts. She also added the hashtags, "Junoon," "Movies," "Bollywood," and "Indian." (Wikipedia tells us that it's also Nafisa Ali's birthday today - January 18).

Memories are what remind you that there is so much to love and experience in life .

Nafisa Ali has also posted several pictures of her children - Ajit, Armana and Pia. She is married to Colonel R S Sodhi, a polo player.

Pia got married to her childhood best friend Kshitij Khemka in December. She wore a Sabyasachi lehenga for the wedding. "Meet Pia Zaranna Sodhi. A Sabyasachi bride wears an unusual bird's egg blue lehenga designed in an Indo-Victorian pattern in fine aari taari and zardosi from the Devi Collection," read the description of Pia's lehenga.

The pictures are straight out from a fairy tale wedding.

Moved in with my new family!! #pkshaadi

Nafisa Ali is a former beauty queen and swimming champion. She has acted in films like 1998's Major Saab with Amitabh Bachchan, 2007's Life In A... Metro and Yamla Pagla Deewana, with Dharmendr, Sunny and Bobby Deol.

She will be next seen in Sanjay Dutt's Saheb Biwi Aur Gangster 3.

Am excited to be playing Royalty.As the cast are old friends -shooting outdoor amazing-Tigmanshu you saw the potential in me so I am happy pic.twitter.com/ZYqBJN971G

Being a mother is such an important role ... look forward to shooting for director Tigmanshu Dhulia in ' Saab Biwi Aur Gangster ' franchise. pic.twitter.com/BHUpIPyWea

She has also served as a Lok Sabha member and is an activist for AIDS awareness and women's rights.
Comments
Nafisa AliNafisa Ali pictures