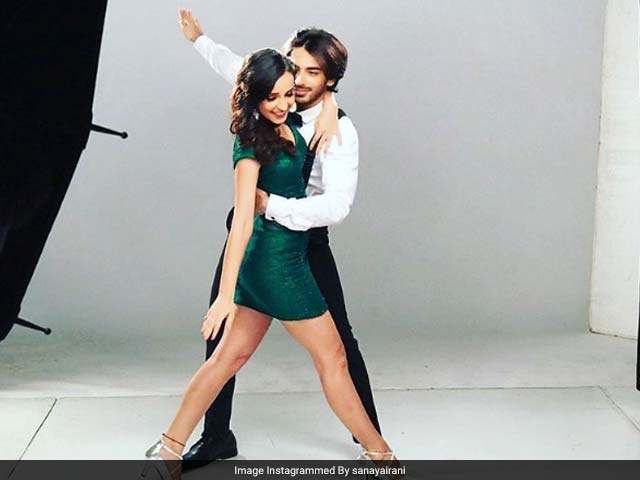 New Delhi: Popular TV couple Sanaya Irani and Mohit Sehgal are currently part of dance reality show Nach Baliye 8, and the 33-year-old actress shared her experience of featuring in the competitive show. Sanaya, who is Mohit's co-star from Miley Jab Hum Tum, revealed that compared to her husband, she considers herself a better dancer but otherwise, she refers to herself as a "non-dancer". "I am a non-dancer. When I was a part of Jhalak Dikhhla Jaa 8, its judges used to say that a non-dancer came into the finals. But now I find this funny that suddenly in Nach Baliye, people are calling me a dancer," said Sanaya Irani, reported IANS.

Sanaya and Mohit scored the least recently on the TV dance show, following which they assured their fans on social media that they are working warder. "Still, I consider myself a non-dancer. It's just that I am a better dancer than Mohit. I feel it will take time for us to understand each other's dance. It's hard, but it's amazing how our bodies are tuning slowly yet steadily," IANS quotes Sanaya as saying.

"I have better knowledge of music and rhythm than Mohit. He has less knowledge in dance, but he is working hard. I am very happy that with every week he is improving his skills. It is difficult for him. Still, I feel he will learn it for sure," Sanaya added about her husband, reported IANS.

Sanaya, a popular TV actress, said that Team Nach Baliye were eager to have the duo on the show for the past few years but work commitments kept them pre-occupied. "We were being offered Nach Baliye since last four or five years, but due to work commitments we were not able to become a part of it. I don't want to do two things together. This time also there were a few date issues. However, somehow we managed to make time and decided to do this show," IANS reported Sanaya as saying.

Promoted
Listen to the latest songs, only on JioSaavn.com
Nach Baliye 8 have roped in actress Sonakshi Sinha, choreographer Terence Lewis and filmmaker Mohit Suri as judges.