"It's therapeutic supposedly and has plenty of benefits," wrote Sanaya 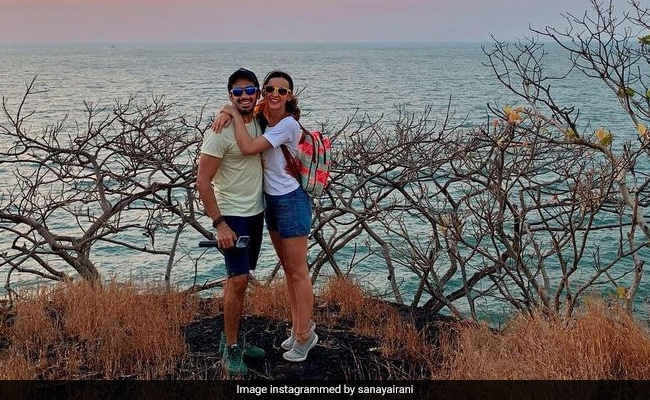 TV star Sanaya Irani has been busy exploring with husband and actor Mohit Sehgal. The actress recently shared pictures from her first forest bathing experience on her Instagram profile. For the uninitiated, forest bathing is a concept of exploring the wild through a detox of sorts, which focuses exclusively on noticing the nature around, without engaging in conversations or any other means of distraction. Sanaya added the hashtags #naturelovers and #mesmerizingviews to her post and wrote that she wants to "go back" with her husband Mohit. "Honestly I don't think the pictures do justice to our experience but here is a small glimpse," she wrote in her post.

The actress summed up her experience with these words: "This was the first time in my life I experienced forest bathing, it's where you are not allowed to talk and you just have to listen to the sounds of the forest, it's therapeutic supposedly and has plenty of benefits. These guys, Cabo Serai, gave us this experience which was just so lovely. We trekked through the forest and up the hill just to witness the most gorgeous sunset."

Sanaya Irani and Mohit Sehgal fell in love on the sets of their 2008 show Miley Jab Hum Tum. They married in January 2016 in Goa. Sanaya Irani has starred in shows like Iss Pyaar Ko Kya Naam Doon? Chhanchhan and Rangrasiya. She also featured in the web-series Zindabaad.

Qubool Hai, Sarojini - Ek Nayi Pehal and Love Ka Hai Intezaar are some of the shows in which Mohit has featured. The couple together participated in dance reality show Nach Baliye 8.