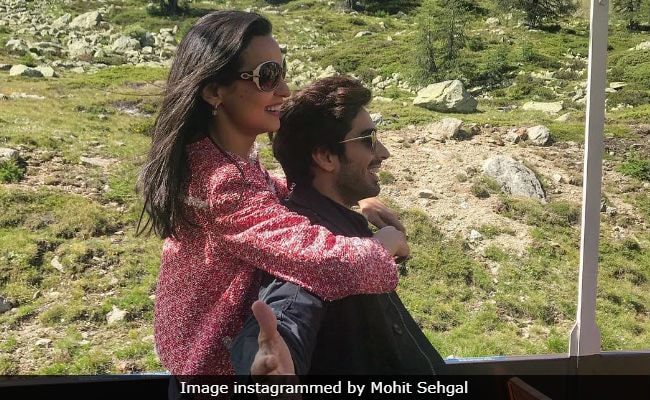 Actor couple Sanaya Irani and Mohit Sehgal are vacationing in Switzerland and their photos look straight out of a Bollywood film. Soaked in sun and love, Mohit and Sanaya are joying the best of Switzerland - the nature, exotic rides and sumptuous delicacies. The Mile Jab Hum Tum co-stars shared several pictures from their vacation on their respective social media pages. They relished "lunch with the most breathtaking view" and shared snippets from their "open air train" journey. Pictures from their Switzerland vacation are trending and gave them a one-way ticket to Monday's trends list. Fans showered their love in the comments section: "Amazing place and you both looking so perfect. Have a great time!" Another fan added: "Beautiful couple, beautiful place."

Sanaya Irani and Mohit Sehgal met on the sets of 2008 show Miley Jab Hum Tum and fell in love. They co-starred in the show from 2008 to 2010, after which Sanaya starred in shows like Iss Pyaar Ko Kya Naam Doon? opposite Barun Sobti and then in Chhanchhan and Rangrasiya, which was her last full-fledged television appearance.