Sanaya Irani said: "It's not like Vikram got into the direction part. He was just doing his bit" 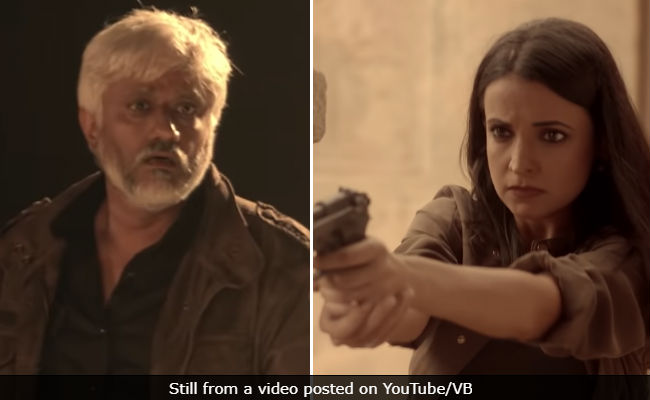 Actress Sanaya Irani who co-stars with Vikram Bhatt, also a filmmaker, in upcoming web-series Zindabaad told news agency IANS that it's quite easy to work with him. Sanaya said that Vikram Bhatt did not poach the director's job and performed as he was told. "It was really easy working with him. He just let Sidhant Sachdev do all the directing. It's not like Vikram got into the direction part. He was just doing his bit. I was doing my bit. Once in a while after cut, I would ask him 'Is it okay Vikram?' He would say 'Yeah'. We were just being good actors," Sanaya told IANS. Vikram Bhatt has directed film like the Raaz series, Madhosh and Footpath. Vikram also has also made web-series like Twisted, Gehraiyaan and Spotlight.

Like Vikram Bhatt, Sanaya Irani is also getting a makeover of sorts with the web-series. Sanaya, who has featured in shows like Mile Jab hum Tum and Iss Pyaar Ko Kya Naam Doon?, plays the role of a RAW agent in Zindabaad.

Speaking about the show, Sanaya said: "Every actor wants to do something different. I was really excited as it was something that I had never done before. That was a big reason for me to say yes. When I heard the whole story... it is the kind of story where you don't know what will happen next. So, I found that very interesting. It's a perfect binge-watch kind of a show."

"As an actor, I am really greedy. I always want to do something new and different. There is nothing better than the digital platform for that. I don't think any actor would be unhappy doing digital work," Sanaya added.

After Zindabaad, Sanaya will shoot for another web-series, title Vodka Shots. "I have only shot the promo of 'Vodka Shots'. I haven't shot for a single episode," she said.