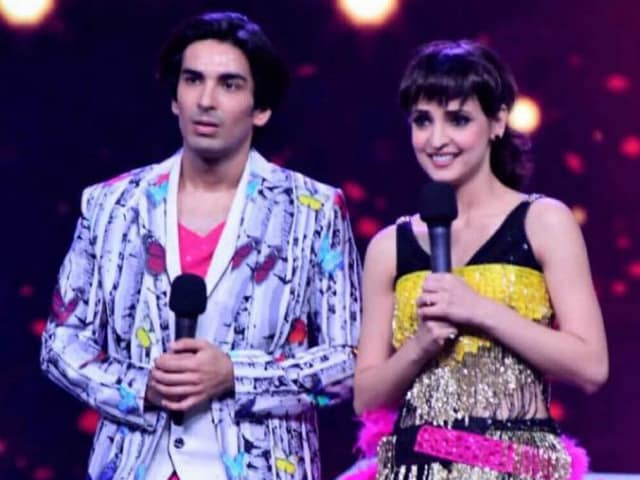 Nach Baliye 8: Sanaya Irani and Mohit Sehgal in still from the show

New Delhi: Television's star couple Sanaya Irani and Mohit Sehgal are one of the most sought after couples of dance reality show Nach Baliye 8. But fans, judges and the audience were left a little disappointed following their performance on Sunday evening. Sanaya and Mohit, co-stars of Miley Jab Hum Tum, kicked off their performance on a blockbuster note but there was a noticeable dip in the energy quotient towards the end of the act. Mohit also appeared to have forgotten his steps but he continued with his performance. Sanaya was not deterred by any of this and completed the act gracefully. Sanaya and Mohit performed to a medley of Bollywood chartbusters from the Nineties.

Mohit and Sanaya scored the least on Sunday's episode while celebrity couple Dipika Kakar and Shoaib Ibrahim were the toppers. They stole the show grooving to Udi Udi Jaye from Shah Rukh Khan's Raees.

Following his performance, Mohit Sehgal promised to work harder and to not disappoint his fans in the upcoming episodes. "Will try my best not to disappoint you all next time. Working harder so I can make you all happy," Mohit wrote on Instagram while Sanaya appealed for votes. "Please vote guys we need all the love and support," she posted on Instagram.

Promoted
Listen to the latest songs, only on JioSaavn.com
Ahead of Mohit and Sanaya's performance, the actor also admitted to being nervous about his debut appearance on a competitive show. "Nervous, anxious, yet excited because it's the first competitive act by us. Do watch us grooving to some retro moves and of course please vote us which goes without saying," Instagrammed Mohit.